Rachel Clarke picked up her biggest ironwoman win in five years at the Eastern Region surf lifesaving championships in Whangamata today, while Marty McDowell laid down a warning to his surf and kayaking rivals alike.

Nearly 1000 competitors raced a huge first-day schedule of events at the two-day carnival, with the Coromandel hotspot turning on the weather but not the waves.  Undaunted, 23-year-old Clarke showed a liking to the drag-racing, out-sprinting Mairangi Bay's Danielle McKenzie and Piha's Kirsty Wannan for her first major win since claiming the under-19/open double at the 2009 national championships.

Clarke has transferred to the Red Beach club this season after long service with Orewa and is training for the Molokai long distance ski race in Hawaii in May, with the Auckland policewoman admitting the different focus has freshened her up.

"I've been doing a lot of long-distance paddling, training for Molokai, and it's great having something to look forward to and to get excited about," Clarke said. "It's also been a good move joining Red Beach - there are some good people to push me and I'm really enjoying the training."

McDowell, meanwhile, blitzed a high-class open men's ski field, with the Titahi Bay paddler heading off fellow kayakers Jack Wilson and Scott Bicknell.  Bicknell (Ocean Beach Kiwi) was fresh from victory in the K1 200m at the New South Wales sprint championships last week but had no answer for McDowell, who powered home in the final stages to win comfortably.

"That was a nationals-quality field and being so flat was always going to make it a challenge so it was nice to get a solid win," 27-year-old McDowell said.

"Everyone knew Scott was going to go out quick and it was a matter of sticking with him.  I knew my speed is better in the second half of the race so I played on that a bit."

McDowell and Bicknell will see plenty of each other in the next month, with the kayaking nationals in Rotorua in mid-February.

Another feature result on the first day was the performance of former New Zealand team member Michael Buck, who ended a three-season hiatus in style, combining with Kevin Morrison to win the open board rescue for Mairangi Bay.

Mount Maunganui's Olivia Eaton picked up an important win in the women's beach sprint, heading off fellow schoolgirl Zoe Hobbs and Australian Hayley Wyper in the final, then anchoring the Mount team to beach relay gold for good measure. 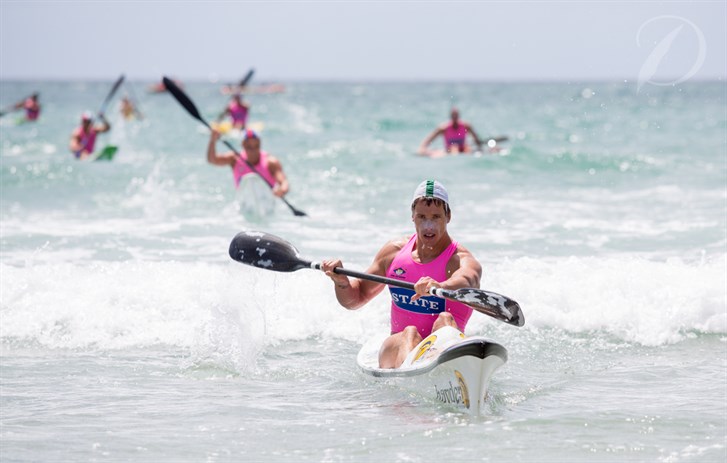 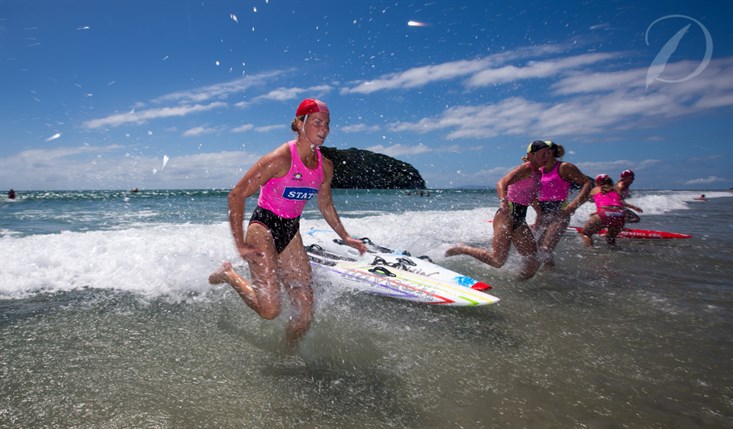 Red Beach's Rachel Clarke heads into the beach during the board relay on the first day of the Eastern Region surf lifesaving championships.  Photo by Jamie Troughton/Dscribe Media.