Mark Bourneville capped a red-letter day for the Piha surf boat fraternity, with the sweep capturing wins across all three divisions of the Piha Big Wave Classic today.

Piha's Day of Giants lived up to its name, with 4m sets rolling into the west coast beach in the third round of the national series and testing the very limit of crews' abilities.

Former Kiwis league player Bourneville swept his open men's crew to victory in the final race, heading off Paekakariki and Bethells Beach, after earlier winning the open women's and under-23 men's divisions.

But he was more impressed with how his rivals performed in the heavy conditions, which were fanned by an offshore wind and lifted by an incoming tide.

"Having a round of the national series here at Piha has really helped lift the standard of sweeping throughout the country," Bourneville said.  "A few crews went sideways today but generally it was good competent racing. I'm pretty proud of how the local crews went today but it was also a good way of showcasing how far our sport has come."

The extreme conditions matched that of the giant 2010 waves and organisers were forced to prune the programme.  Both the open women's event and under-23 divisions were limited to one race each, with Piha holding off Bethells Beach and Omanu in the women's and heading home Red Beach and Orewa in the under-23 men's ranks.

Today's results also lifted all three Piha crews into the lead in the overall series standings, with the fourth and final round taking place at Waihi Beach next week.

Results from the third round of the national surf boat series in Piha today: 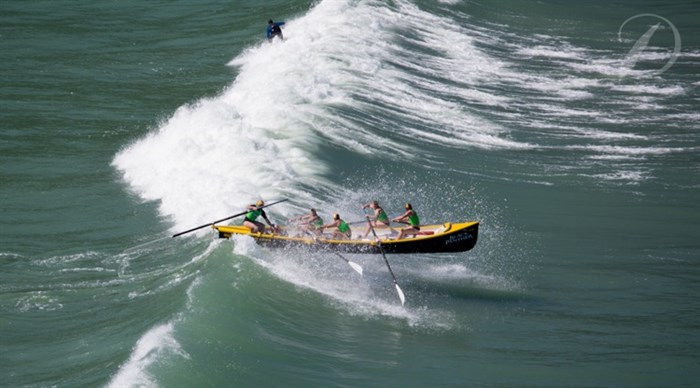 The Paekakariki men's boat crew hit a wave during the Piha Big Wave Classic, the third round of the national surf boat series, on February 1 2014. Photo by Jamie Troughton/Dscribe Media Services 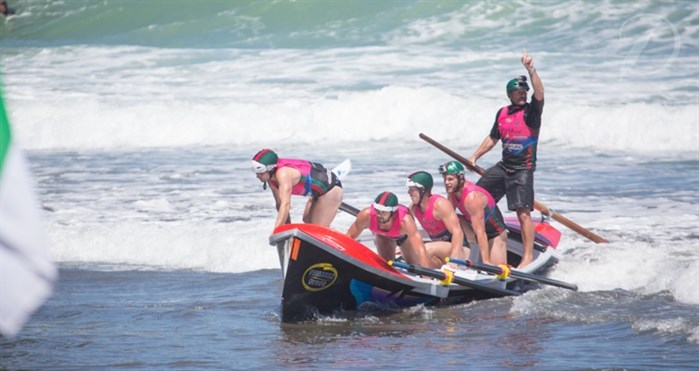 Sweep Mark Bourneville celebrates victory for Piha in the open men's final at the Piha Big Wave Classic, the third round of the national surf boat series. Photo by Jamie Troughton/Dscribe Media Services