Nearly 900 young surf lifesavers and their supporters will pause at this week's Oceans14 New Zealand under-14 championships to pay tribute to one of their own.

Omanu's Harrison Mundy died on Sunday after a long battle with Ewing's Sarcoma, a rare form of cancerous tumour which grows in bones or the soft tissue around them.

The 11-year-old comes from a proud surf lifesaving background and his brave fight touched many in the movement, with organisers of the four-day Oceans carnival planning a memorial in his honour.

"Each year at the Oceans carnival, we celebrate the dedication of our younger members and recognise the champions among them," Surf Life Saving New Zealand chief executive Paul Dalton said.  "I can't think of a better venue for us to pay tribute to a young man like Harrison, who showed us what true courage is about and fought fiercely until the end.  Many within our movement know members of the Mundy family personally and we want them to know they won't be grieving for Harrison alone."

The 52-strong Omanu team competing at the championships will be holding their clubmate's memory close when they compete, while the Omanu club itself is hosting a memorial service after Monday's funeral.

"We've told the family we'd like to help in any way we can," Omanu chairman Donal Boyle said.  "The Mundys have done a huge amount for our club and our wider movement and a lot of people in the wider community have also been touched by Harrison."

A number of fundraising events were held to help Allan and Hayley Mundy while they sought treatment for Harrison at Starship Hospital.

Nearly 700 people turned up for a dawn race to the summit of Mauao in December, while later in the month, Omanu club members Kirsten Wilton, Ross Parker, and Brent Bourgeois paddled 350km down the Waikato River to raise funds. 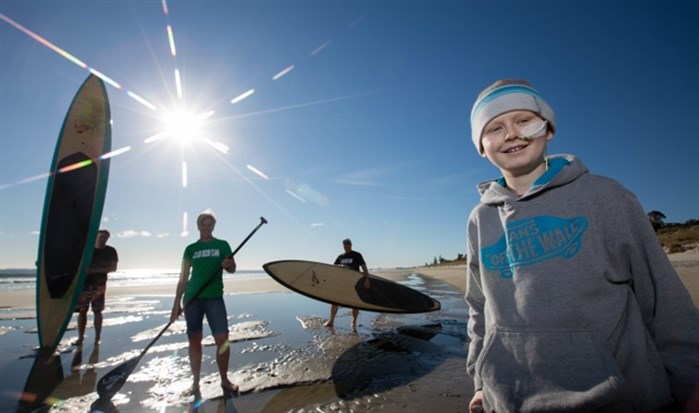