New Zealand's vast pool of junior surf lifesaving talent was on display on the first day of the Oceans 14 New Zealand under-14 championships in Mount Maunganui today.

Medals were decided in 16 events, with 13 golds going to different clubs, including every one of the eight beach flags finals.

It left defending champions Papamoa at the top of the standings after the abbreviated first day, which started with a minute's silence for 11-year-old Omanu club member Harrison Mundy, who succumbed to cancer earlier in the week.

Papamoa start day two on 13 points, with Orera on 11 and Omanu on nine.

Omanu's Ella Pollock had a memorable day, winning the under-13 beach flags a year after breaking her arm in the same event.  She then backed up later in the day and proved her all-round abilities, finishing third in the run-swim-run final.

Her efforts were matched by Mairangi Bay's Astaria Te Aukura, who repeated the flags gold/run-swim-run bronze in the under-11 girls agegroup.

There was a decent geographical spread too, with South Island clubs picking up golds through under-11 beach flags champion Zach Goldsmith (Taylors Mistake) and under-12 run-swim-run winner Max Wolf (St Clair).

A sold 2m swell forced organisers to postpone the board race heats, with all the run-swim-run rounds held at the southern end of the Main Beach.

Tomorrow's forecast is similar, with nearby Pilot Bay an option if conditions are deemed unsafe for competitors. 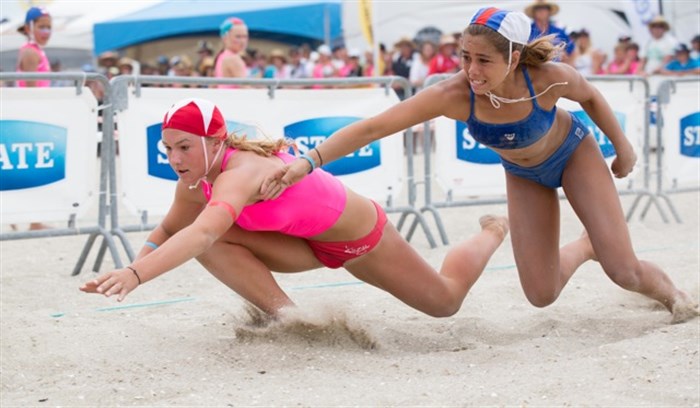 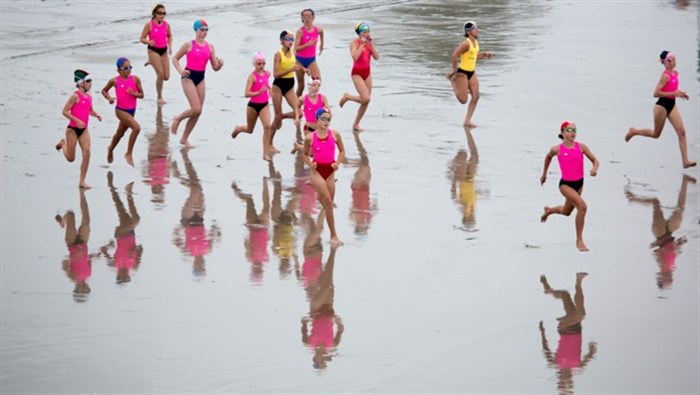 Competitors hit the water in the under-12 run-swim run at the Oceans 14 New Zealand under-14 surf lifesaving championships in Mount Maunganui. Photo by Jamie Troughton/Dscribe Media Services.