The girls led the charge in the 50m Swim with Fins with four records being broken in quick succession in the Under 14, Under 16, Under 19 and Open age groups.

Mt Maunganui and Papamoa Surf Life Saving Clubs are now battling it out for top club points after the first day of racing. Papamoa has edged ahead of Mt Maunganui in the last stages of Day One to lead by 40 points with Piha coming in third.

The action kicks-off again at 8.15am tomorrow morning at West Wave Aquatic Centre in Auckland.

Club points after day one (sessions 1&2)

To keep up with the live results, visit http://events.surflifesaving.org.nz/results_live/ 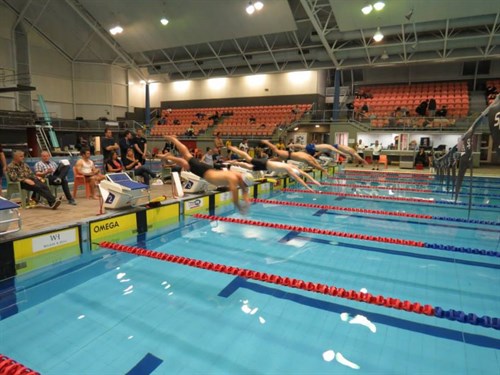