Every year, awards are given to members at the SLSNZ Awards of Excellence to officially recognise them for their hard work and dedication to Surf Life Saving in New Zealand.

The three winners honoured today are unable to attend this year's awards evening in Wellington on September 20 as they will be in France for the Lifesaving World Championships (Rescue 2014).

SLSNZ Sport Manager Mike Lord says this was the perfect opportunity to give the three winners the recognition they deserve before they depart for France.

DHL Coach of the Year was presented to Kurt Wilson from Papamoa SLSC.

Kurt has held a number of club, regional and national coaching positions including head coach of Papamoa SLSC, the SLSNZ Under 20 International Surf Rescue Challenge team and the New Zealand Development Squad. As current head coach of the NZ Youth Team, he will also lead the team of 12 to France for Rescue 2014.

Included in the list of roles he has acted in over the past year includes Event Referee at the 2013 International Surf Rescue Challenge in Japan, Arena Referee at the New Zealand National Championships and Eastern Regional championships at Whangamata.

Sam represented SLSNZ at the German Cup last year where she won five medals (three gold, one silver and one bronze), set a New Zealand and World Record as well as being named top female competitor of the competition.

She was part of the NZ Swimming team that competed at last month's Commonwealth Games in Glasgow and in just over one week, she will depart with the New Zealand Team for the Lifesaving World Championships in France, where they will be looking to win the world title for the second time in a row.

The remaining national awards will be presented at the SLSNZ Awards of Excellence at the Amora Hotel in Wellington on September 20. Keep an eye out on our website and Facebook page for more information. 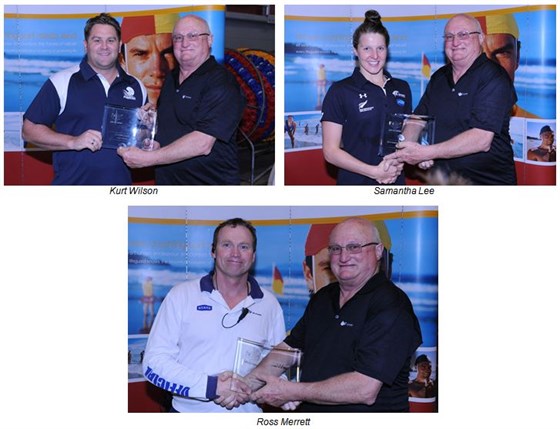