With less than one month to go until Rescue 2014, the intensity is really building up for New Zealand's surf lifesaving teams.

NZ Team manager Mark Weatherall says the athletes were put through a mixture of training and team building activities across the three day camp.

On the first day, the team were lucky enough to spend an hour with the country's only Victoria Cross holder, Willie Apiata.

Mr Weatherall says Mr Apiata's values were very much in line with the NZ Team's values and he spoke about inner strength and what makes the difference when the going gets tough.

"It was really uplifting and motivating for the team to hear this ahead of Rescue 2014," he says.

The team also had the opportunity to spend an hour with All Blacks coach Steve Hanson and All Black Sam Whitelock.

One of the other highlights included a team building session that involved taking part in a French cooking class.

But Mr Weatherall says it wasn't all fun and games. "The athletes were also put through three pool sessions, beach sprinting and some Simulated Emergency Response Competition (SERC) training," he says.

The New Zealand Team's next camp begins this Friday (August 22) over on Australia's Gold Coast and then the team will head back to Auckland for the New Zealand Pool Championships which runs from August 29-31.

Mr Weatherall says this camp will be very much focussed around sharpening up skills ahead of Rescue 2014. "The team are also looking forward to mixing with their fellow surf lifesavers at the national event before they head off to France," he says.

Rescue 2014, or the Lifesaving World Championships, is being held in the south of France from September 13-26 with the national team's competition beginning on September 16.

New Zealand are the current world champions, having won the world title in Adelaide at Rescue 2012, and the team is eager to win the title once again.

Click here to view all the photos from the NZ Team camp. 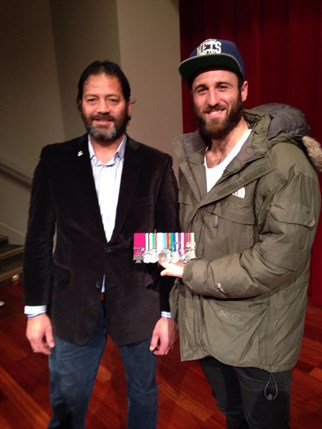