The background of Ngāti Porou Surf Life Saving begins with the revival of waka ama in New Zealand in the 1980's and a subsequent 160km waka ama paddle from Onepoto (Hicks Bay) to Gisborne in 1999 with a group of Hicks Bay/Te Araroa locals.

That historic journey was instrumental for a number of reasons, firstly that it was a journey of rediscovery for many of the participants, that retraced the ancestral water highways of the tūpuna (ancestors). But it was also during that historic trip that the seed was planted to start a Surf Life Saving Club based in Onepoto (Hicks Bay) in order to provide safer beaches and water safety education to rural communities along the East Coast/ Tairāwhiti.

Māori constitute approximately 15% of the total New Zealand population, however, they are over represented in drowning statistics. This was a further reason for the establishment of Ngāti Porou Surf Life Saving.

Ngāti Porou Surf Life Saving Chairman Peter Boyd questions why this is the case. "What's happening here? We were once a great ocean-going people. We're an ocean culture. We sing and haka about it. We all relate back to our ancestral waka. But how do we reconnect with the ocean? That's the point of Ngāti Porou surf lifesaving," he says.

The importance of this reconnection is shown in the Ngāti Porou Surf Life Saving logo which is drawn by artist, waterman and surf lifeguard Owen Williams. It depicts Ngāti Porou ancestor Paikea who is arguably the first original surf lifeguard to come to the East Coast on the back of a whale. Also pictured are the Waiapu, Hikurangi and Tairāwhiti, which emphasises the genealogical links of people along the East Coast/ Tairāwhiti.

Mr Boyd says the core business of patrolling, training, qualifications and operating under Surf Life Saving New Zealand regulations will be the same, however, they are packaging it differently to attract a wider membership such as by including training in the use of waka ama and stand up paddle boards as part of their offering to members.

Over the past six months Mr Boyd, a seasoned Wainui lifeguard, has been training two groups towards gaining their Surf Lifeguard Award. One group based in Gisborne and the other in Hicks Bay, with the support of the Water Safety New Zealand Kia maanu, Kia ora initiative.

The success of this training has resulted in nine newly qualified lifeguards. However, while the club is still in its initial stages, these new lifeguards have qualified under the Wainui Surf Life Saving Club, but look forward to patrolling the beaches in Hicks Bay and Reporua in the 2014-2015 season.

Ngāti Porou Surf Life Saving committee member Manihera Williams says like all Surf Life Saving Clubs, it's about learning how to minimise harm around the water but also about developing our whānau so that they are fitter, healthier, more responsible and environmentally, culturally and community minded. "We want to share the excitement and energy that Tangaroa has to offer so that we can all enjoy our biggest playground with confidence and respect," he says.

Mr Boyd has formally thanked Surf Life Saving New Zealand for granting Ngāti Porou's affiliation to SLSNZ. "Our whānau and the wider community that we work within are very excited about this new venture and we look forward to providing safer beaches throughout the East Coast/Tairāwhiti region," he says.

Surf Life Saving New Zealand CEO Paul Dalton says he's delighted to welcome Ngāti Porou to the lifesaving movement. "It's very exciting to have a new club join the Surf family and we welcome the opportunity to reach another community with our water safety messages, to help continue our efforts of keeping Kiwis safe in the water," he says. 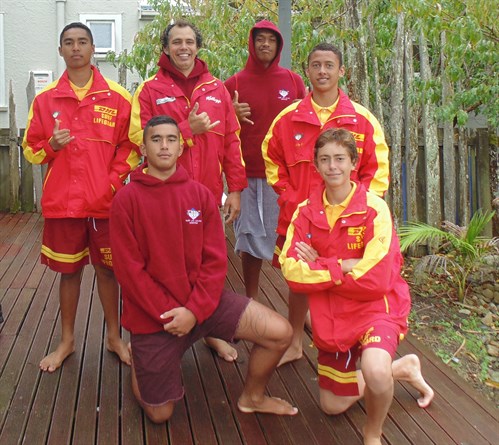