The New Zealand Open Squad had an action-packed weekend in Auckland at their first training camp ahead of September's World Championships.

The 23 athletes in the squad took part in the camp from Friday to Sunday at the Millennium Institute of Sport and Health in Mairangi Bay.

Team Manager Mark Weatherall says "we had a really good weekend in Auckland with the squad. There was plenty of team building and planning sessions along with the very important Individual Performance  Planning sessions," he says.

The team management also enlisted the help of some junior members from the local Mairangi Bay Surf Life Saving Club for some Simulated Emergency Response Competition (SERC) activities in the pool. "The kids  really loved it, as did the athletes," says Mr Weatherall.

The weekend's camp set the scene for selection into the 12 strong (six males and six females) New Zealand Open Team who will travel to France in September to defend New Zealand's world title that was won at  Rescue 2012 in Adelaide.

Selectors will then name the team in July.

New Zealand will be sending two teams to compete- the open NZ Open Team and the Youth Team that was named last month.

Visit /calendar/2014/september/rescue-2014/ for more information about Rescue 2014 and to view photos from the squad camp, visit the SLSNZ High Performance Facebook page. 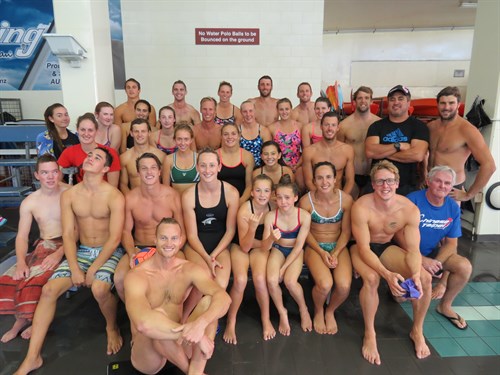