Kiwis finish on a high note at ISRC in Japan

After an exciting week over in Japan, our New Zealand team has taken out second place at the 2013 International Surf Rescue Challenge.

They finished on a high note taking out the "Moon Cup" which involved around 12 local teams and the seven countries that contested the ISRC.  It was an opportunity for the team to mix it up a little by competing in eight events including Board and Tube Rescues, Mixed Beach Relay, Mixed Taplin and a 3 x 1km Beach Relay.

The teams arrive back in Auckland this morning.

Team manager Mark Weatherall says he's incredibly proud of the team's performance throughout the ISRC. "There was no doubt that coming to Japan to take on a wounded Australian team, post the Rescue 2012 win, was always going to be a real challenge. Our team had some outstanding results and learnt a lot," he says.

Mark says the Under 20 team also put up a great fight. Throughout the event they developed steadily and did a great job. "They stepped up and performed so well, in many ways punching above their weight - the Australian Under 20 team is very much based around athletes at the top end of the age group," he says.

The International Surf Rescue Challenge was held at Onjuku Beach, Japan from September 19-23.

After test three, (the final test) New Zealand was sitting on 139 points behind leaders Australia on 156 points. Hosts Japan were in third place with 99 points.

The Under 20 team sat on 51 points behind Australia on 64 points and ahead of Japan on 21 points.

Some of the highlights of the competition included Iron woman Devon Halligan adding some sparkle to a tough first day for the New Zealand team. In the face of a fired-up Australian team, she helped New Zealand to clear second in the first test on Onjuku Beach, picking up wins in the board race, board rescue and tube rescue and finishing second in her specialist iron woman to Australian veteran Kristyl Smith.

Paul Cracroft-Wilson and Nick Malcolm provided some great highlights in test two of the ISRC on September 21. Beset by injuries and illness and in the face of a relentless Australian tide, the Kiwis looked to one of their veterans to keep them in the hunt.

Former world beach flags champion Cracroft-Wilson, 32, has spent much of this year recovering from knee surgery but still found enough to head off Australian Jake Lynch in the early rounds of the flags on Onjuku Beach. He then dived underneath Japan's Shinya Odagiri in the final and somehow came up with the flag.

Max Beattie then ended a tumultuous week in the best possible manner by knocking over world champion Shannon Eckstein in the Ironman in test three.

To read more about our teams' performances, check out the daily wraps on our website:

Or visit the High Performance Facebook page for updates and photos from throughout the competition at  www.facebook.com/slsnzhp or www.surflifesaving.org.nz/isrcupdates. 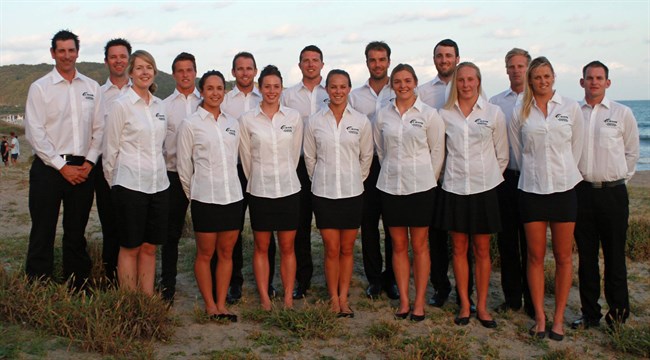