A week ago, Beattie was left gutted after missing a spot in the Kellogg's Nutrigrain professional series in Australia.  He entered the three-test series in Japan in sharp form but couldn't get past Eckstein in the first two tests, finishing second in the first test and third yesterday behind another Aussie, Kendrick Louis.

"That's the first time I've ever beaten him and it's a pretty big moment," Beattie said.  "I had some bad luck at the trials last week and was pretty disappointed to miss out but at least I could switch focus straight away to this event.  Pulling on the black cap seems to give me another leg and I was just stoked to give the team a big start today."

But New Zealand continued to harass their trans-Tasman neighbors, putting pressure on and pulling off several notable wins.

"I was delighted at how we took it to the Australian team today and showed a lot of heart," Scott Bartlett said.  "Having Max knock over Shannon Eckstein early was a massive boost to the younger athletes.  At this level, no-one is unbeatable and having one of our team knock over a four-time world ironman champion was the perfect way to demonstrate that."

There were some equally solid efforts in the youth division, particularly from the paddlers.  Mount Maunganui's Karina Radley won the youth ski race from club and national teammate Katie Wilson, while St Clair's Carina Doyle took out the surf race.  Papamoa's Ben Johnston and Danny Hart scored another notable quinella in the youth board race.

Australia's big guns proved the difference, however, with Kristyl Smith winning her third straight ironwoman race and Dev Lahey equally as dominant in the surf race.  Naomi Flood continued her edge over fellow Olympian Lisa Carrington in the ski race, while Australia's other Olympic kayaker, Lachlan Tame, proved far too strong off the start in the men's race.

The New Zealand team, meanwhile, was recognised at surf lifesaving's Awards of Excellence last night, winning the team of the year title, while Bartlett was crowned coach of the year after their historic world championship win in Adelaide last year. 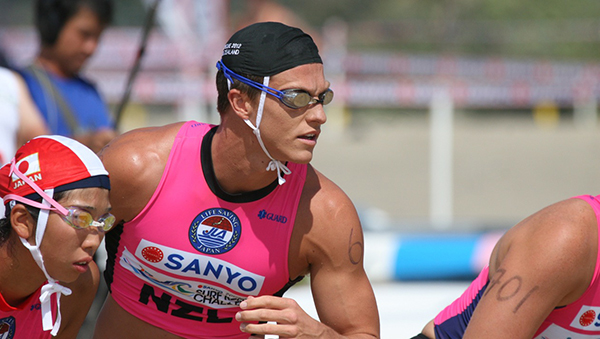