They're on form and firing - and some of New Zealand's fastest surf lifesavers will have extra incentive to perform at this weekend's national pool championships in Hamilton.

The three-day championship will showcase the swimming skills of nearly 500 lifeguards, with a number backing up from last week's national short-course swimming titles in Wellington.Also at stake will be spots in the six-strong New Zealand team competing in Europe next month, with a quartet of Olympic swimmers and some fast-rising youngsters pressing for selection.

"The German Cup has some of the fastest swimmers in the world competing and it's the perfect place to see where we're at and see what we need to do before the world champs next year," 2012 Olympian and Titahi Bay stalwart Steve Kent explained.

"I'm looking for strong performances in all my events this week - I'll chase as many wins as possible - and, if selected, use the New Zealand champs as a key buildup for the German Cup."

Kent will compete in a full programme of events this weekend, bolstered by his performance at the short-course titles, where he set personal bests in the 100m and 200m freestyle finals and had an enthralling duel with fellow Olympian Matt Stanley.

Kent, McMillan and Ferguson were also in the New Zealand surf lifesaving team that crushed Australia in last year's world championships in Adelaide. They'll be joined in Hamilton by national teammates Samantha Lee and Tash Hind (Lyall Bay), although another member of that squad, Laura Quilter, is a late withdrawal due to injury.

Lee won the national 200m butterfly title at the short-course champs and is in the midst of a breakthrough year, having competed at her first swimming world championships in Barcelona in August.

"Competing at the surf worlds helped prepare me a little bit but walking out into this massive stadium full of people at the worlds was certainly mind-blowing," Lee said. "I didn't know what to expect at the short-course champs because I only had six weeks of training leading into it but I swam better than I thought I would and went close to some of my PBs, which was a good sign.

"I've been watching some of the development squad members and they seem to be racing really well so it will be good to test myself against them this week."

Lee is the world record-holder in the 100m rescue medley and her rivals this week include Papamoa's Natalie Peat, who has just turned 19, Piha's Kirsty Wannan, Carina Doyle (St Clair) and Shelby Wilson (Mount Maunganui).

New Zealand surf lifesaving coach Scott Bartlett will be watching with interest with his fellow selectors, as they choose a German Cup team.

"There's always room in there for bolters and we're going to be really interested to see who puts their hands up," Bartlett said.

"It would be nice to see athletes get close to their personal best times and breaking them if possible. A few of them performed superbly at the short course champs and I was really impressed with Tash Hind, coming off six months out with major shoulder reconstruction. Overall, they all did a great job."

Papamoa, meanwhile, will bring a 64-strong team across the Kaimai Ranges for the championships, intent on regaining the overall club title they won in 2011.They're likely to face stiff competition from Bay of Plenty rivals Mount Maunganui, Mairangi Bay and Gisborne's Waikanae club, who all have big squads.

Defending champions Lyall Bay are bringing 21 swimmers up, hoping to maintain their proud record at the event. The Wellington club have won the Paul Kent Memorial Trophy - named for Steve Kent's late father - seven times in the 11 years it's been held, cruising to a 285-point win last year over New Plymouth Old Boys.

The championships start at lunchtime Friday at Te Rapa's Waterworld and go through until Sunday afternoon. 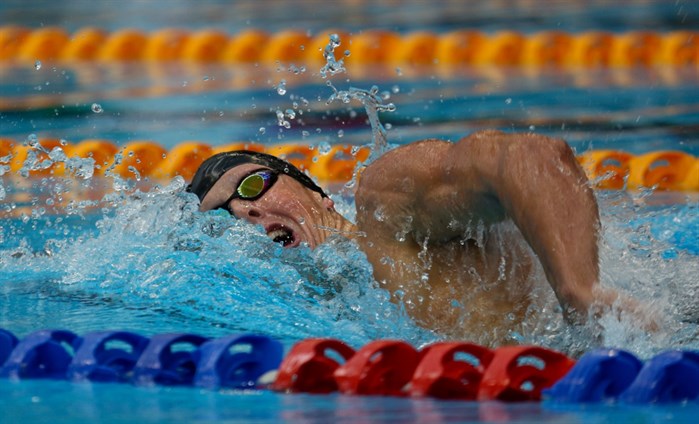