One year anniversary of Rescue 2012

On this very day, one year ago, the New Zealand Black Fins won back the title of lifesaving world champs at Rescue 2012- their first surf lifesaving championship title in 14 years.

The meticulously prepared New Zealand team, bolstered by Olympic swimmers Andy McMillan, Steve Kent and Natasha Hind and kayaker Steve Ferguson, opened up a big lead in the two days of pool competition and against all predictions, maintained it over two days on Glenelg Beach.

The trophy was as good as theirs when they turned up on the final day and the final gap was yawning, with New Zealand finishing with 844 points to Australia's 765.

Following the win, team captain Andy McMillan said he believed the seeds of their success were sown long before the team reached Adelaide. It had been a huge campaign from the support staff who planned for years. They got the belief in the squad early on that they could pull it off and it had just grown from there the longer they'd been together, he said.

Surf Life Saving New Zealand Sport Manager Bradley Simpson says now that we have that trophy in our grips, we don't want to let go of it again. "With less than a year to go until Rescue 2014 in France, our squad is hungry to go in fighting and hold on to the title that we so deservingly won back," he says.

But first, four athletes will get the chance to compete on an international stage ahead of Rescue 2014 at the 2013 International German Cup.

The German Cup is a pool rescue event which will be held in Warendorf from November 22-24, 2013.

For more information about who is in the Surf Life Saving New Zealand World Championships Squad and Development Squad for 2013/14 click here. 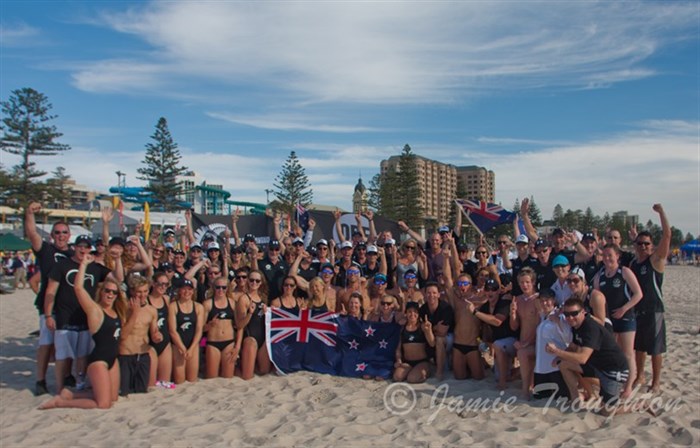 SLSNZ celebrates the 2021 Awards of Excell...