The Kiwis put on an impressive show on Day One of the 2013 International German Cup overnight (New Zealand time) creating three new New Zealand Records and a new World Record.

However it was Lyall Bay's Samantha Lee who kicked-off the team's winning streak by claiming gold in the women's 200m Obstacles with a time of 2.07.99. Laura came in third with a time of 2.13.19.

In the men's 200m Obstacles, Steve also took first place in a time of 1.54.65, coming incredibly close to a New Zealand Record but still setting a new European Record. Chris placed ninth in a time of 2.00.21.

Team Coach and Manager Scott Bartlett says he's incredibly proud of the team's efforts on day one of the competition. "It was an amazing swim by Laura today and I'm very happy with the progress of our swimmers with most of them setting new personal bests. I'm looking forward to the final day of competition," he says

The competition, being held in Warendorf, Germany, kicked off at 9pm last night New Zealand time and runs through until Sunday.

The team consisting of Steve Kent (Titahi Bay), Samantha Lee (Lyall Bay), Laura Quilter (Wainui) and Chris Dawson (Midway) had a good warm up ahead of the German Cup having competed at the BeNe Cup last week where Steve and Samantha took out top male and female respectively.

The BeNe Cup, also a pool rescue competition, was held in Antwerp, Belgium on November 16 and in Eindhoven, The Netherlands on November 17.

The European tour is giving the athletes a valuable taste of international competition ahead of next year's Lifesaving World Champs (Rescue 2014) in France.

To keep up to date with news and results from the German Cup visit the SLSNZ High Performance Facebook page  or the SLSNZ website. 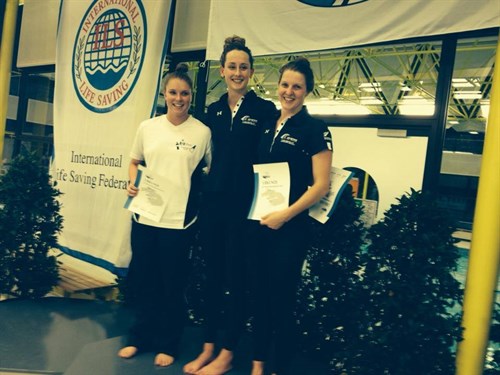