St Clair Surf Life Saving Club sisters Steph and Carla Laughton have been named 'Team of the Year' at the ASB Otago Sports Awards at the Dunedin Town Hall over the weekend.

The St Clair surf lifesaving crew made up of Steph and Carla, along with teammate Natasha Scott, won the Aotea Electric Team of the Year award ahead of the Otago Volts cricketers and the Otago netball team.

To become a finalist in the Team of the Year category, a team had to be a national champion- the girls not only won the Otago, Canterbury, South Island, North Island and National titles for the second consecutive year but they also won gold in every race, bar one, across the entire year.

The sisters have also shined on an international stage, having won gold in the tube rescue event at the 2012 World Lifesaving World Championships in Adelaide

Steph says it was a bit of a surprise to win the award. "We were up against the Volts that won the national Twenty20 and the Otago netball team who won the National Provincial title for the first time in 14 years. So it was very exciting, especially for a sport that is not as well recognised as some of the bigger mainstream sports," she says.

The awards are organised by Sport Otago to recognise sporting excellence across the province. The qualifying period was April 2012 to March 2013.

The night's supreme award, ASB Sportsperson of the Year, went to Olympic gold medalist Hamish Bond. He also took out Sportsman of the Year with Alison Shanks taking out Sportswoman of the year. 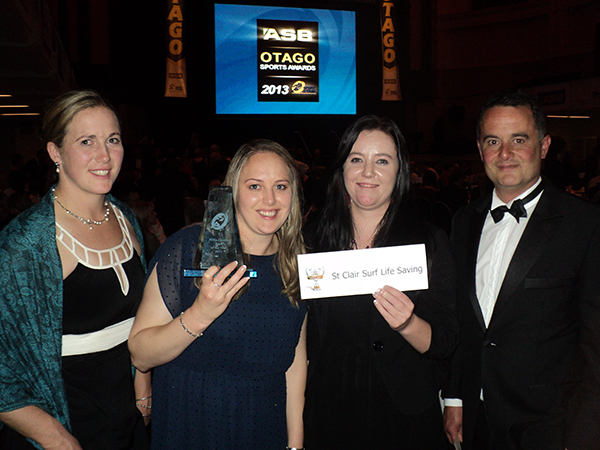