Along with fellow Taranaki Community Rescue Helicopter team members Alan Deal, Jayden Strickland and Phil Dwyer, Andy has received the New Zealand Search and Rescue Council's gold award for the most significant contribution to search and rescue in New Zealand.

It was presented to the team by Associate Transport Minister Michael Woodhouse at a ceremony in Parliament last night.

The search and rescue operation involved airlifting 10 people off Paritutu Rock and moving them to safety one-by-one. Despite the best efforts of emergency services, three people- two Spotswood College students and a Topec instructor, disappeared into the sea.

Andy says the honour was very unexpected but he was humbled by the award. "You don't always get the resolution you'd like in search and rescue operations but it's always nice to be recognised along with others in the search and rescue community," he says.

Andy says it was also nice to be at the ceremony alongside the Opunake Surf Life Saving Club who was recognised for their part in a rescue mission in February 2012.

The surf club was presented with a certificate of achievement for the role it played in the rescue of two fishermen at Opunake, alongside Cape Egmont Sea Rescue, Coastguard South Taranaki, Opunake Boating Club and the Taranaki Police SAR Squad.

The award was collected by Brook Smith and Kim Danz on behalf of the club. 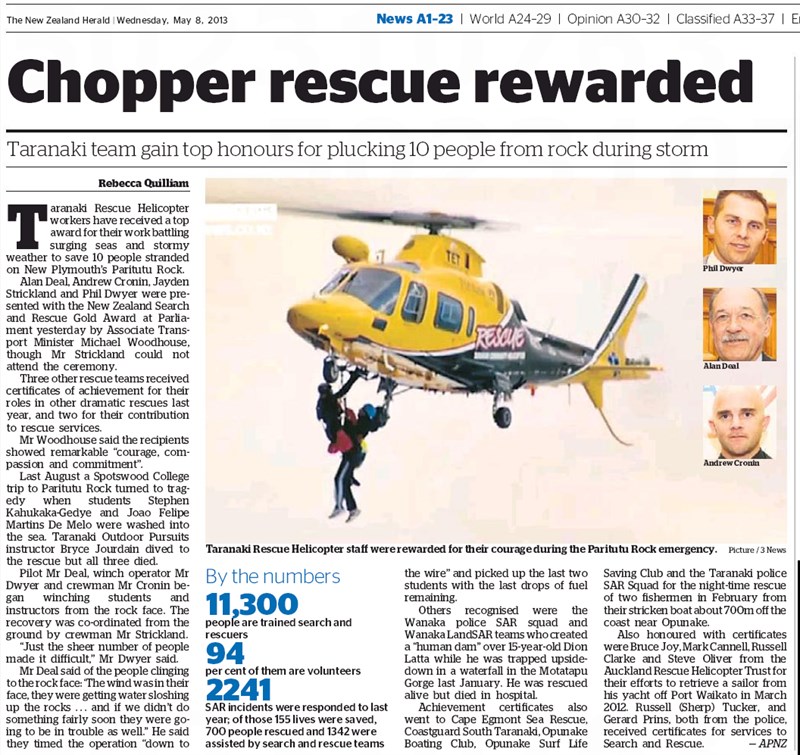 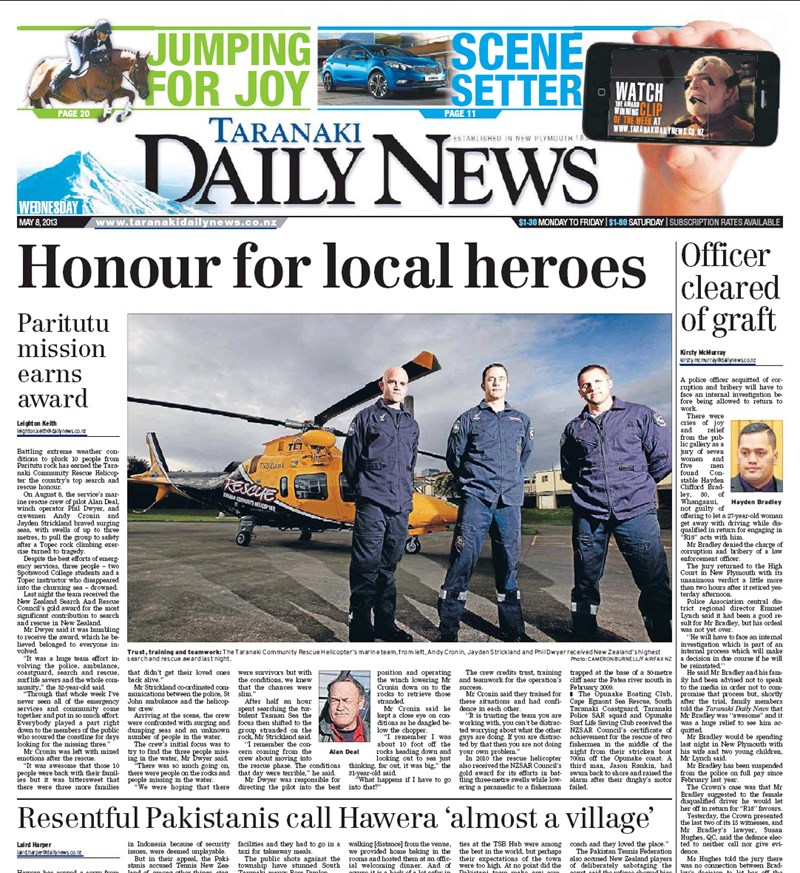