Rival clubs on the IRB charge

Papamoa and St Clair made a charge on the second day of the BP Surf Rescue New Zealand IRB championships at Waipu Cove today.

The two clubs still trail East End in the overall standings but the Taranaki powerhouses didn't have things all their own way as the skies cleared on the second day of the championships.
Papamoa in particular had a big day, with Tomee Berthelsen and Luke Smith taking out the senior mass rescue title for the Bay of Plenty club and twins Chad and Kirby Wheeler edging home in the under-21 final.

St Clair's charge was led once more by sisters Carla and Steph Laughton, who stormed home in women's final, finishing well clear of Molly Bell and Meg Fisher (Taylors Mistake).  St Clair's second crew of Kim Martyn and Steph Botting were third, while Michael Davies and Isaac Davies (senior) and Niam Chronican and Scott Fraser (under-21) also picked up valuable points for the Dunedin club.
St Clair ended the day on 32 points, just two behind East End, while Papamoa are clear third on 25. 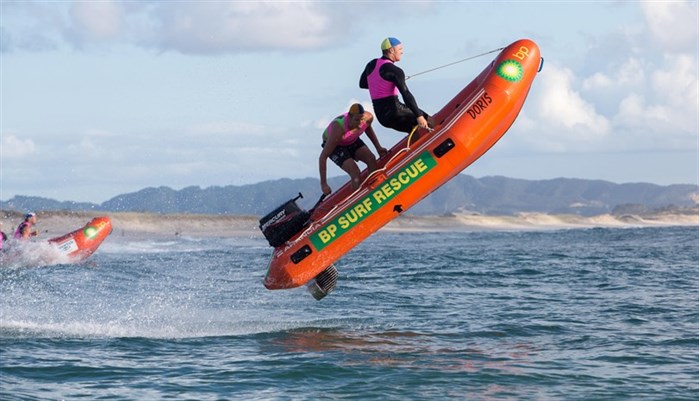 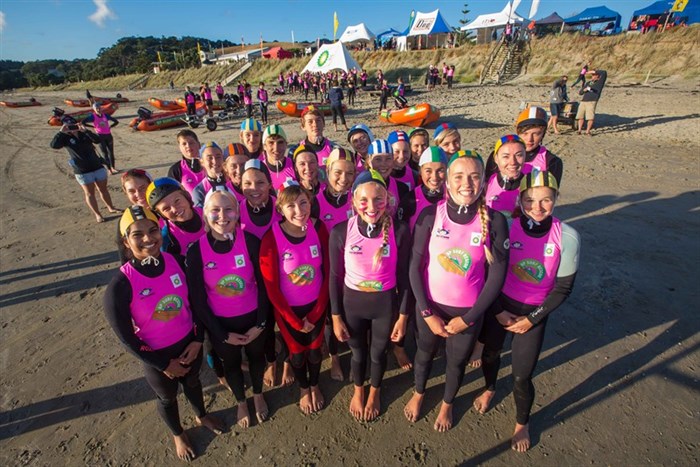 Patients from the 28 clubs at the BP Surf Rescue championships.  Photo by Jamie Troughton/Dscribe Journalism. 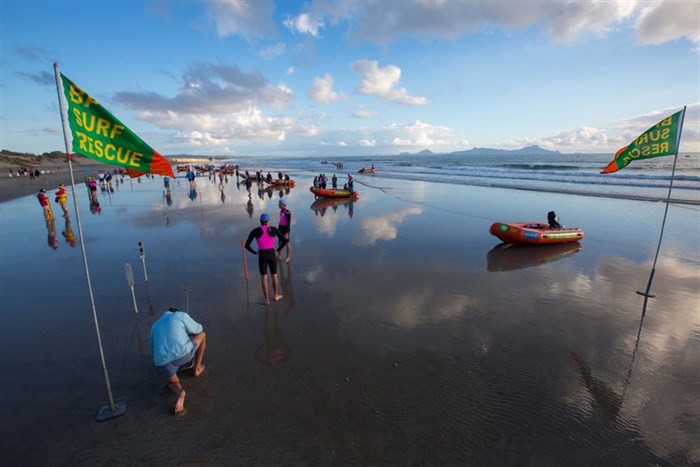 Crews get ready just after dawn on the second day of the BP Surf Rescue championships.  Photo by Jamie Troughton/Dscribe Journalism