The perennial champions won the tube rescue final at the BP Surf Rescue New Zealand championships in half-metre swells at Waipu Cove, though they had to recover from a poor start and hunt down Waimarama's Mike Harman and Ben Cross in the dash home.

The result was sealed when Harman twisted his knee jumping out of his boat, allowing Cronin to sprint through for the gold.  Harman limped across the line, holding off Muriwai's David Butt and Brent Matuschka.

If the premier men's final came down to inches, the women's final was all about miles.  World champions Steph and Carla Laughton (St Clair) won at a canter, with Taylors Mistake's Molly Bell and Meg Fisher second, ahead of St Kilda's Natalie Reid and Anja Waugh.

Sunset Beach took out the under-21 final through Samuel Dwen and Shane Edwards, with Mairangi Bay and Papamoa filling the minor placings, while East End's senior crew of Daniel Charteris and Jared Gray won their final. 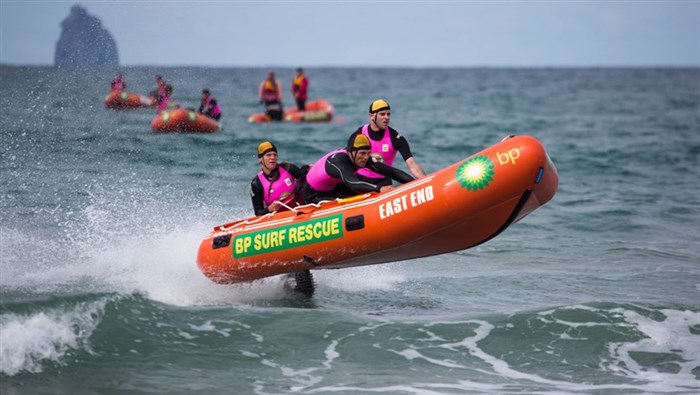