East End stalwart Andrew Cronin came close to creating history at the BP Surf Rescue New Zealand IRB championships at Waipu Cove today, instead settling for a nonetheless impressive streak instead.
Cronin and crewman James Morwood won all four finals in the premier division, sealing the assembly rescue and single rescue on a choppy last day at the Northland beach, but were beaten into fourth in the open teams final alongside clubmates Geoff Cronin and Campbell Begg.

That was still good enough to help the Taranaki club to a record fifth consecutive overall title, finishing on 80 points, nine clear of St Clair.

"We were pretty happy to get the four premier titles and it would've been nice to pick up the teams race as well but you've always got to have something to strive for," Cronin, who also clean-swept the premier division two years ago, said. "We're probably not as sharp as we would've liked to have been this year but we're still pretty happy to come away with the right results. This is the closest it's been overall for the last couple of years - we're missing five crews who raced for us last year and it's tightened things up but a big effort by our young guys got us over the line."

St Clair's performance was anchored by sisters Carla and Steph Laughton - who again swept their division and made the semifinals of the teams race - but the South Islanders were abetted by quality finishes from the two other women's crews, a strong senior display and a rising tide of under-21 crews.

"Last year we were developing as a club and we got third overall, which we were stoked with, and this year we've  come through with pretty much the same crews," Carla Laughton said.  "We've been teaching them to race their race and not worry about other teams - concentrate on the small things and getting them right."

The siblings were helped when the assembly rescue final had to be re-run - Sumner's Megan Keats and Sarah Truscott had turned in a blinder in the first attempt - but it capped a magnificent season for the Dunedin pair who started with world championships success in Adelaide in November.
"We got in the boat in August and I'm pretty stoked it's the end of the season - I can't wait for winter!"
Waimarama's win in the open teams race was a first for the Hawke's Bay club and was also something of a family affair, with brothers Jason and Rhys Harman involved, along with Ben Cross and his sister, patient Leila Cross. The victory was still a surprise, after injury took out oldest sibling Mike Harman on Friday.
"We lost Mike in the first final of the weekend so it's pretty satisfying to stay involved in the teams race and even sweeter to win it," premier crewman Ben Cross said.  "This is the first time Waimarama have won it - we've nailed it at the North Islands before but winning at nationals is a really good feeling.  The young guys really pulled through."

Elsewhere, Papamoa twins Kirby and Chad Wheeler collected the under-21 overall title with victories in the mass and assembly rescue finals, while rookie Papamoa premier crew Troy Walsh and Mitch Brady finished third in their division.  With seniors Tom Berthelsen and Liam Smith winning the mass rescue, the Bay of Plenty club finished third overall on 43 points, ahead of Sumner (37).
Paekakariki were fifth, boasting the top senior crew overall of Tyler Mills and Dwight Garton. 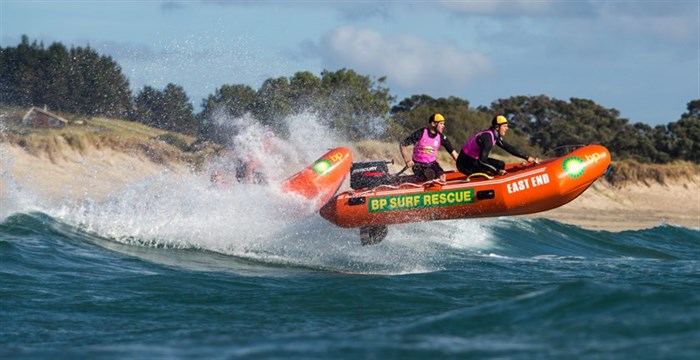