The night's top award, Lifeguard of the Year, was awarded to Ed Steenbergen of Nelson Surf Life Saving Club.

Ed has been a member of the club since 2007 and fills the roles of Sport's Officer, Patrol Captain committee member, Fundraiser, has taken a non-competing club to having a presence at regional events along with medalist at National events, Ed has also worked closely within the local community to increase the awareness of Surf Life Saving in the Nelson area and is currently working on a plan to rebuild a surf lifesaving base close to Tahunanui Beach.

Surf Life Saving Regional Manager Stu Bryce says it takes a lot of commitment to be a lifeguard and the awards that were presented on Saturday are proof of that.

" Ed has given up countless hours to reach this level of nomination for Lifesaver of the Year and he truly deserves this recognition."

The night's other top awards included Patroller of the Year and Rescue of the Year.

Patroller of the Year was awarded to Hannah Laughton from Waimairi Surf Life Saving Club Rescue of the Year was awarded to Nick Smith, Harrison Reid, Mike Smith (patrol Captain) Rob Lambie, an Rae, John Thompson, Bianca Teague, Craig Jamieson and Emily Jones from Taylors Mistake Surf Life Saving Club  The rescue involved over 20 people being rescued within a two and a half hour window for more information click here

Mr Bryce says in the past year, members of Canterbury / Tasman clubs have saved over 130 lives, contributed over 13000 volunteer hours patrolling beaches, and delivered beach safety education to over 4500 kids. "These actions are the expression of our values, and it's the best of those values we celebrate with our awards," he says. 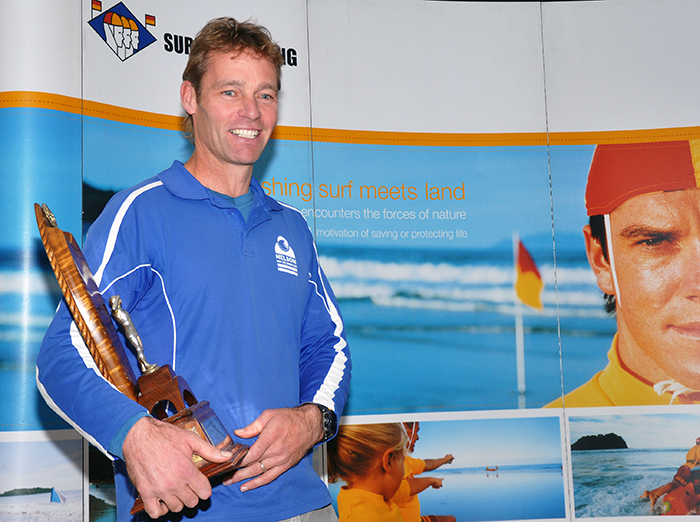