Bay of Plenty/Coromandel Awards of Excellence

The best surf lifeguards, who patrol the Bay of Plenty and Coromandel areas, have been honoured for their hard work and dedication to saving lives at the 2013 BOP/Coromandel Awards of Excellence tonight.

The celebration of surf lifesaving took place at Trinity Wharf in Tauranga and was attended by around 150 people.

One of the night's top awards, Club of the Year, was awarded to Mt Maunganui Surf Life Saving Club. The award recognises the overall contribution a club makes across all aspects of lifesaving, sport and everyday club culture.

Another top award of the evening, Lifeguard of the Year, was awarded to James Bray from Whangamata Surf Life Saving Club.

Surf Life Saving Eastern Region Manager Christ Emmett says James has given up countless hours to reach this level of nomination for Lifeguard of the Year and he truly deserves the recognition.

The way all lifeguards look up to James speaks volumes about him, he says. "He is the go-to guy for nearly all club matters and he leads the lifeguards in an inspirational manner. He uses his knowledge and skill to train those below him and encourages them to further pass on their own knowledge. James not only leads at a lifeguard to lifeguard level but also as an examiner where he has brought to examiners through the probationary examiner program this season. His contribution has been immense and remarkable," says Chris.

Volunteer of the Year was awarded to Mike Tames, also from Whangamata SLSC.

Chris says without repetition Mike tirelessly promotes a positive image for Surf Life Saving locally, regionally and nationally. "Whether it is at a grassroots level or working with local media to promote stories or increase patrol standards. Regionally, through his excellent patrol auditing which he was solely responsible for in the area, or nationally through his work fronting the review of the Regional Lifeguard Service," he says.

Rescue of the Year was awarded to Whakatane Surf Life Saving Club for a recue that took place on January 6 and involved lifeguards Barry Cutfield and Chantal Lillas.

Patrol was in full swing, with the tail end of a cyclone producing high seas, when lifeguards received word that two people were stranded on the rocks at Whakatane Heads.

Barry Cutfield and Chantal Lillas headed out around the heads in the IRB. In the meantime, a second IRB was being prepared. Barry stood off the rocks watching the surf and waves, not knowing the condition of the two people. The pair noticed a pattern in the waves where the sets weren't as large and between them, they were confident that Barry could get Chantal on the rocks to assess the people.

They managed that successfully and Chantal then had to run over 30 meters of slippery and jagged rocks to get away from the next surge of waves.  As she checked out the patients she contacted Coastguard and the police. Meanwhile, Barry waited for the second IRB to arrive so he could have another crew to help with the rescue off the rocks.

During this time, the surf size had increased, adding extra risk. Chantal, along with the Coastguard and police, made the call to get in a helicopter to winch them off the rocks. In the meantime Chantal kept the stranded patients warm and comfortable with the resources she had available to her.

Mr Emmett says "the actions of all of the winners are the expression of our values, and it's the best of those values we celebrate with our awards." 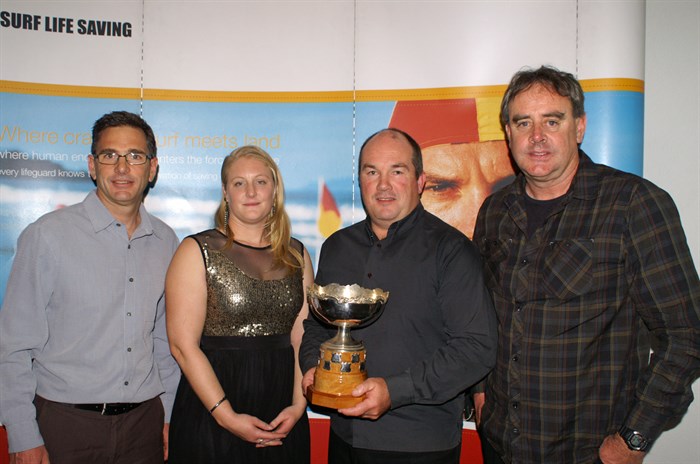