She may seem like a comparative old-hand amidst a rising tide of female surf lifesavers in New Zealand but 22-year-old Rachel Clarke is keen to remind people she's not a spent force yet.

Clarke will line up in this weekend's Eastern Regional championships in Whanagmata, not only boasting some decent recent form but also some handy pedigree.  Four years ago, she won the under-19 and open ironwoman double at the national championships and the the only thing that's stopped her kicking on has been a burgeoning career in the police force.

"I'm sure the open field will be pretty hot if those girls step up into the opens," Clarke said.  "Being at Police College last year, it was pretty hard to keep up the training but I'm fitter now than I have been in a few years.  I've also been doing a lot more running and a bit of cross-fit twice a week which has also helped.  It's totally different having a proper job and trying to fit training around it these days but I think I've got the balance right at the moment."

Though work has restricted her appearances this season, she managed an impressive second in the ironwoman at the Owen Chapman Cup in early January, beaten only by New South Wales visitor Kirsty Higginson.  She also won the surf race and finished second in the ski.

It's been a big summer for other reasons too - in November, she pulled off a classy rescue, saving the life of a swimmer caught in a rip at Northland's Te Arai Beach.

"We don't get many rescues at Orewa but I was surfing with my partner at Te Arai and it was quite big, probably 6-foot, dumpy and heavy. I saw a couple and the boyfriend was waving out for help - his girlfriend was in trouble, out of breath and couldn't seem to swim.  I didn't have anything to rescue her with at the time so I just put my arm around her and dragged her in. They were very thankful for it!"

Clarke admitted it was the first time she'd ever saved a life in the water but she was glad all her years of surf lifesaving training had paid off when it was needed most.

More than 840 fellow lifeguards will take a break from patrolling beaches and waterways this weekend to compete in the ERCs, traditionally the second biggest carnival of the summer behind nationals.

The championships will also double as the third round of the Sonic Race series, with Gisborne's Ollie Puddick looking to win his third consecutive ironman title.  The 21-year-old cleaned up in the first round at the Whangamata Classic, then dominated his rivals at the Central Region championships a fortnight ago.

This weekend's event is also the last chance for surf boat crews to impress selectors, ahead of next month's trans-Tasman test at Waihi Beach.

National champions Piha and the young Titahi Bay crew lead the men's charge, having shared a round each, while Mairangi Bay, Orewa and Red Beach are locked together in the chase for the women's spot.

Red Beach have the biggest squad arriving, with 98 athletes, followed by Mount Maunganui (72), Mairangi Bay (65) and 62 from Orewa.

Five clubs are coming all the way from the South Island - Sumner, South Brighton, Spencer Park and Waimairi (Christchurch) and Dunedin's St Clair, with 19 athletes making the trip up. There's also a strong contingent from Wellington's Lyall Bay.

Follow the live results throughout the weekend at events.surflifesaving.org.nz. 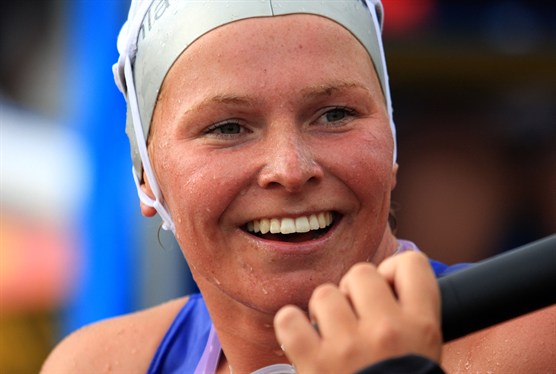