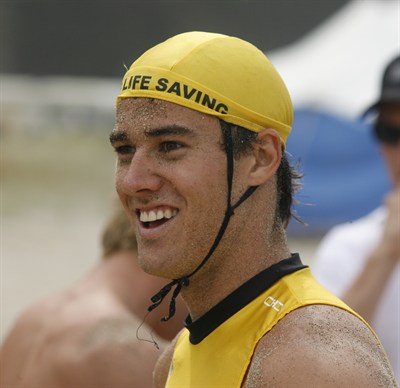 A cluster of former world champions are returning for a big weekend of surf lifesaving in Taranaki this weekend.

Oakura Beach will host the third round of the BP Surf Rescue IRB (inflatable rescue boat) championships on Saturday, with a 3m swell expected for racing, while nearly 200 surf athletes will venture to the same beach on Sunday for the second round of the Sonic Surf Race series, doubling as the Central Region championships.

The outstanding East End crew of Andrew Cronin and James Morwood return to competition after missing the first two rounds of the BP Surf Rescue series in Waipu Cove and Whakatane, leading a large East End presence at the event.

Their rivals will include a couple of wildcard crews, notably the the Paekakariki pairing of Richard Whinham and Ben Willis.  While Whinham has been a regular contender at the top level in recent seasons, 25-year-old Willis returns to IRB racing after a lengthy break, during which he became the first New Zealander to win  world championship beach sprint and flags titles in 2008 in Germany.

The classy sprinter, now a personal trainer in Queensland, admits he may need a few races to sharpen his crewing skills.

"I think the last time I raced was about five years ago at the North Island championships but Rich and I have been in and out of IRBs since we could ride a bike," Willis said. "He keeps hinting he wants to train but I quite like the 'turn-up-and-race' idea!"

The big swell may also minimise another Willis invention, one he calls 'stealth mode'.

"My theory is that two people sitting high on a pontoon creates air resistance and a lot of drag so in flat conditions, you get as low as possible. If you do it right, it looks like no-one's driving the boat!"

There's also a serious side to the IRB racing, one perfectly demonstrated by Sunset Beach's under-21 racers Mark and Shane Edwards, who were involved in a dramatic triple rescue on New Years Eve.

The pair rescued a 41-year-old man and his two daughters, aged 14 and 11, at the Port Waikato beach, in a text-book IRB rescue. Shane Edwards featured heavily in the North Island IRB championships in Whakatane, which Sunset Beach won for the first time, with hours of training and rescue simulation paying off in spades during the real-life situation.

The IRB racing will feature 122 competitors from 14 clubs, including a healthy contingent from the South Island, with Taylors Mistake and North Beach crews both coming up from Christchurch.  Taranaki's East End, Fitzroy, Opunake and New Plymouth Old Boys clubs are all represented.

New Plymouth Old Boys coach Glenn Anderson, meanwhile, will also made a comeback in Sunday's Sonic series racing, after a busy year in which he and partner Ayla Dunlop-Barrett had their first child.

It meant the golden couple, with eight world championship appearances between them, missed New Zealand's epic win at the Rescue 2012 worlds in Adelaide in November, though baby Eli's safe arrival was another source of inspiration to their former Black Fins teammates.

The IRB racing will start at 8.30am on Saturday, with Sunday's racing start at 8am. Follow the live results throughout the weekend at events.surflifesaving.org.nz.