Will White may not win a medal this week but he's already a champion in the eyes of many of his fellow athletes.

The 12-year-old Waihi Beach surf lifesaver is competing in the Oceans 13 New Zealand under-14 surf lifesaving championships in Mount Maunganui, against nearly 800 athletes from 40 clubs around the country.

He's got a hectic race schedule too - entered in 11 of the 12 events in the busy four-day programme - but that doesn't faze him.  Just before New Year, the Waihi College Year 8 student and his cousin Sergio Schuler saved the life of a fisherman at Waihi Beach in a textbook rescue.

Will helped Auckland resident Vincent Shao stay afloat after he'd been caught in a rip, while Sergio went for help.

"I knew what to do because of my surf lifesaving training - I just had to keep us both calm," Will, who has been in the Waihi Beach nippers program for four years, explained.

Now he's putting those skills to a more competitive use, amid the flurry of colour at the annual Oceans event.

"I like competing against other kids my age and seeing how good I am."

"We're all proud of the way Will responded that day and it was a great example of the skills we practice in competition being put into a real-life scenario," Mr Sullivan said.  "He showed that you don't have to be a six-foot hulk to save a life - you just have to know what you're doing."

There were other examples of courage on display in Mount Maunganui today - 12-year-old Omanu athlete Ella Pollock broke her wrist during yesterday's beach flags competition, an event she dominated last year.

Not daunted, today she turned up on the beach with a cast on her arm and proceeded to win her beach sprint semifinal, booking a place in Sunday's final. 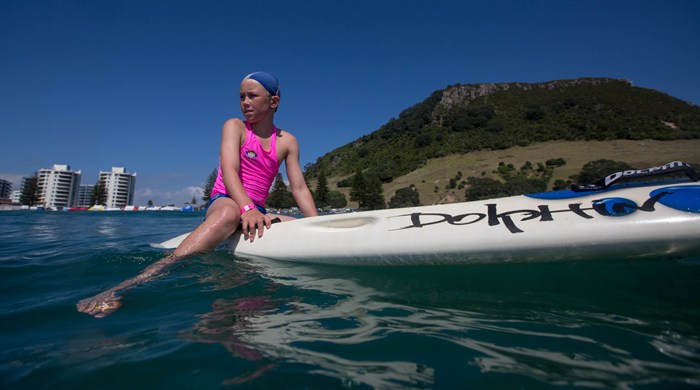 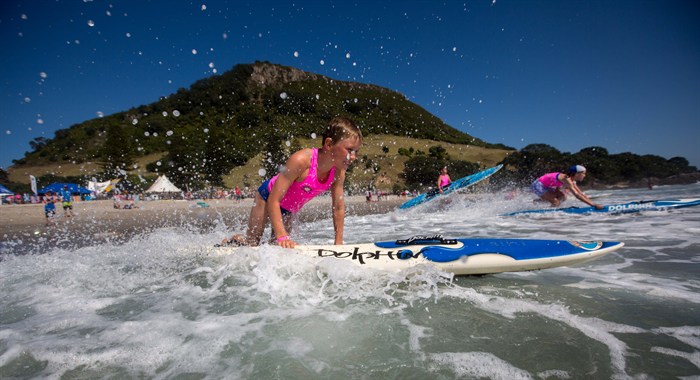