With New Zealand's male representatives Piha getting clean-swept 3-0 by a powerful Austinmer crew from New South Wales, Mairangi Bay's victory was sweet relief for Woolley in particular, who started off her surf boat career at the same venue.

"We've had so much bad luck through the season and everything that could go wrong has, so to have it all come together at the most important time is the most amazing feeling," Woolley said. "This is just so sweet.  I knew we were a good crew but I didn't know how good, especially compared to last year and to come away with a win against the Aussies - who are the best in the world - is fantastic."

Mairangi Bay won the first race by a whisker but the North Cottesloe crew - all the way from Perth - jumped clear in the second race and were never headed.  Jones steered them down a handy runner in the decider and gave a fist-pump when they crossed the line.

Austinmer were a class above Piha, however, with an experienced crew featuring 42-year-old bow rower Steve Drysdale, who won special praise from sweep Jack Patison.

"He's had an amazing rowing career and to represent his country and top it off with three straight wins is really special," Patison said. "We've won the Australian open surf boat title and that was incredible but this is something you dream of doing. We had to race so many good crews to get the opportunity to come over here and have a crack, plus I don't think we've beaten the Kiwis for the last 10 years in this test series so this is a big victory for Australia and about time we got it.  We'll take the trophy back home and bolt it down!"

The Trans-Tasman series was held in conjunction with the North Island championships, which featured more than 70 crews doing battle in the half-metre swells.

Titahi Bay, a controversial non-selection for the New Zealand spot, made another emphatic statement by winning the open men's final and sealing the series title in the process.  The young crew of Jono Boyd, Jordan Te Paa, Nick Boyd, Charlie Graham and sweep Wil McDowell powered home in the long-course event, heading off two other Piha crews in the process.

Piha took out the under-23 men's final, from Waihi Beach, although the host club gained a measure of revenge in the under-19 men's final, with veteran sweep Dan Harris getting his crew home ahead of Omanu and Rarangi.

Red Beach grabbed the under-21 women's crown, while Paekakariki were too strong in the under-19 women's final.

The crews now have a month to prepare for the national championships in Mount Maunganui, which start on March 7. 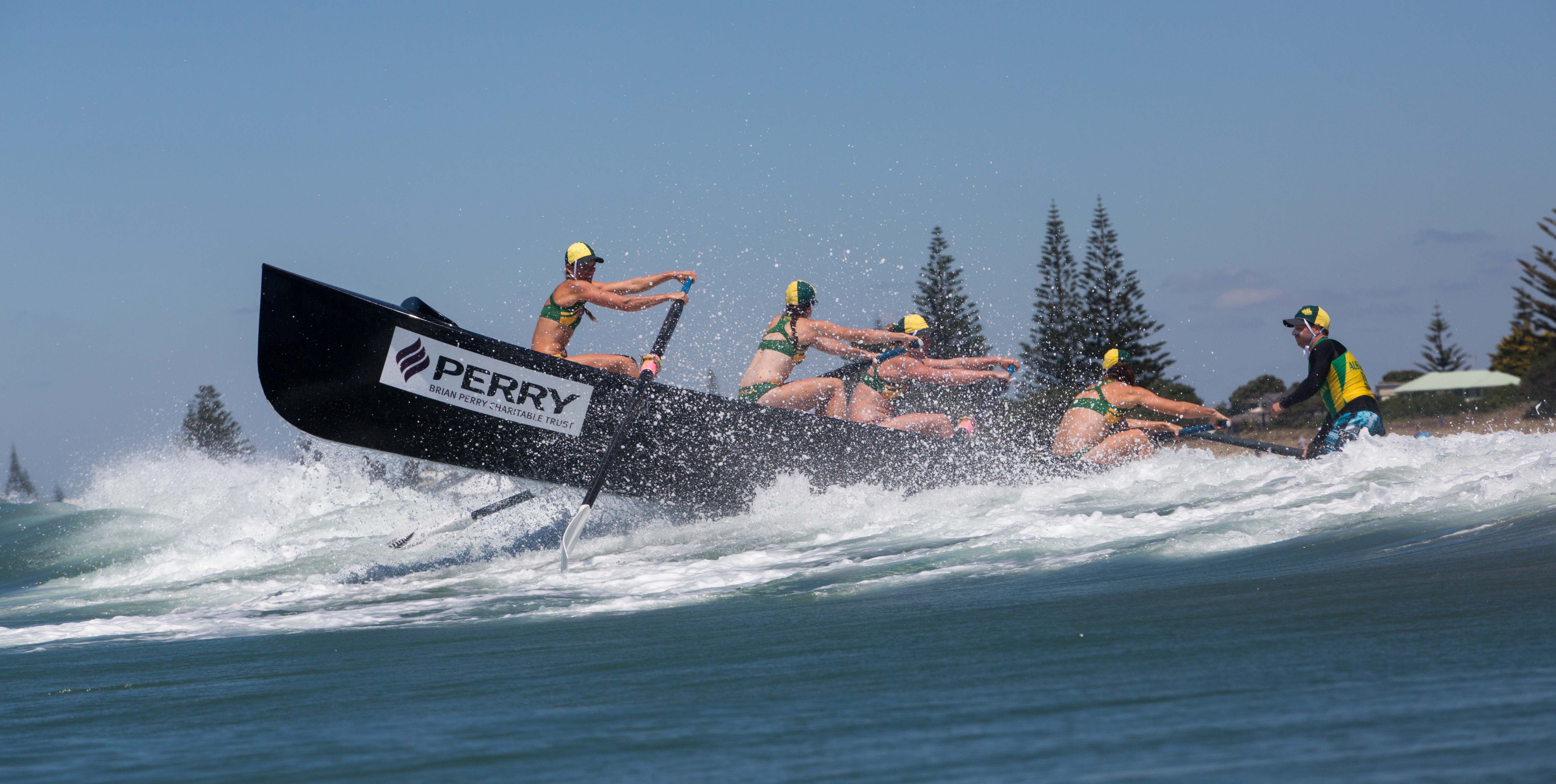 The North Cottesloe women's crew head out through the Waihi Beach waves in the Trans-Tasman surf boat challenge.
Photo by Jamie Troughton/Dscribe Journalism. 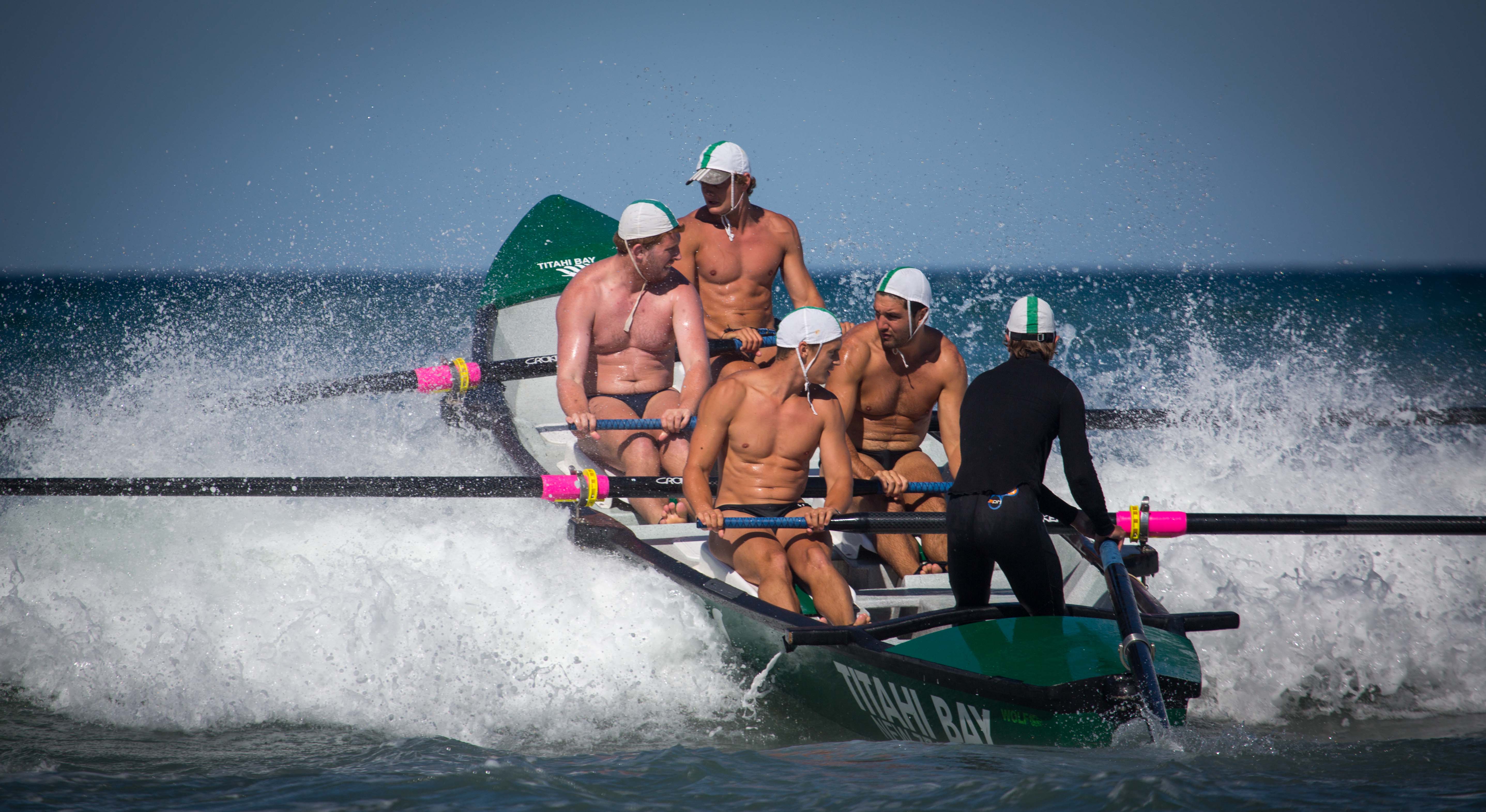