The two-day carnival has attracted nearly 250 surf athletes from 12 different South Island clubs, including a nine-strong representation from Nelson. Waimairi have the biggest squad with 37 athletes, while South Brighton, hosts New Brighton and Taylors Mistake also have good numbers attending.  Dunedin clubs will be well represented through both St Clair and a 19-strong Brighton squad.

McMillan has recently moved back to New Zealand after training on the Gold Coast for several years.  He made the London Olympic team in the 4 x 200m relay team and continued his dream year by anchoring a brilliant New Zealand performance in Adelaide, as the Kiwis won their first world title in 14 years.

Other athletes expected to feature this weekend include South Brighton brothers Ryan and Zac Quickenden, who performed well at last week's national canoe racing championships in Rotorua, while clubmate Brad Wilson should feature in a strong ironman field.

Ageless beach sprinter Malcolm MacDonald has a solid squad of beach athletes coming from the Spencer park club, while Rarangi and North Beach's surf boat crews have all been featuring on the just-completed national series.

Saturday's racing starts at 9am, with beach events, the Canterbury IRB championships and canoes featuring, while Sunday's action will include surf boats, ironman and taplin events. 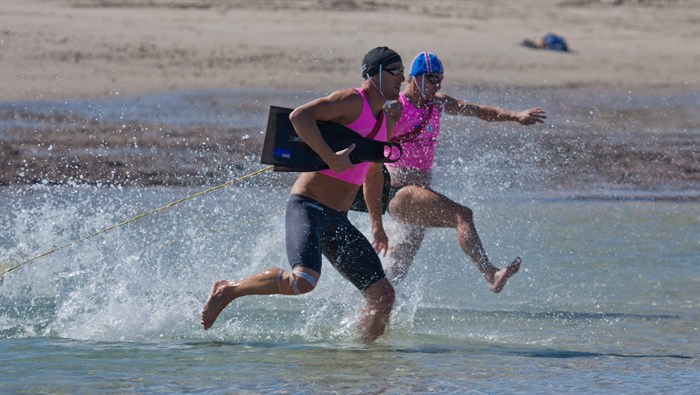