The 14-year-old, in the last year of a dazzling Oceans career, won the beach flags title in her agegroup, heading home Red Beach's Chelsea Grant and Jessica Tarrant (East End).

Bryant, who has already been competing in senior events this season but still qualifies for Oceans with a lucky birthday, then transferred her prowess to the water, only beaten by a sprint from Orewa's Ella Drinnan in the under-14 run-swim-run final.  Another Papamoa competitor, Malia Josephson, was third.

The annual championship has attracted nearly 800 athletes from 40 clubs all over New Zealand and the opening day produced plenty of action on a hot Mount Main Beach day, with a solid 1.5m swell rising in the afternoon as the board race heats and run-swim-run finals were held.

Orewa's other gold medalist was Lucy Makaea in the under-12 beach flags, although the North Shore club consistently picked up points to end the day with a narrow lead over Omanu.  Orewa finished the first of four days on 12 points, with Omanu on 11 and Mairangi Bay on 10.  Mount Maunganui, Red Beach and Papamoa are all within striking distance.

With the swell expected to peak tomorrow, organisers have a big schedule of events to get through, beginning with the board rescue and diamond race heats and finishing with sprint heats and beach relay finals. 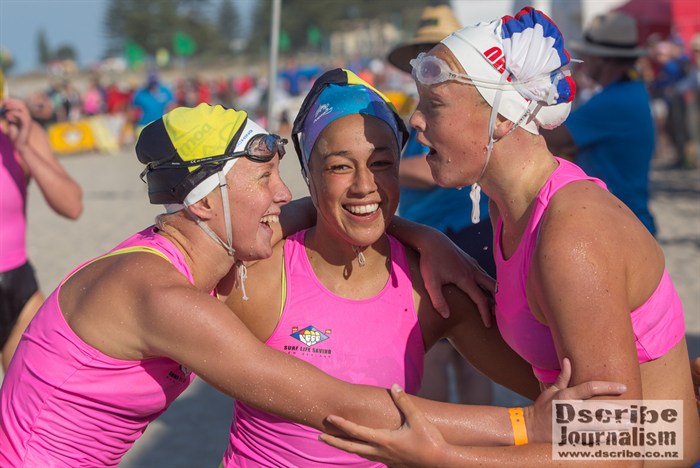 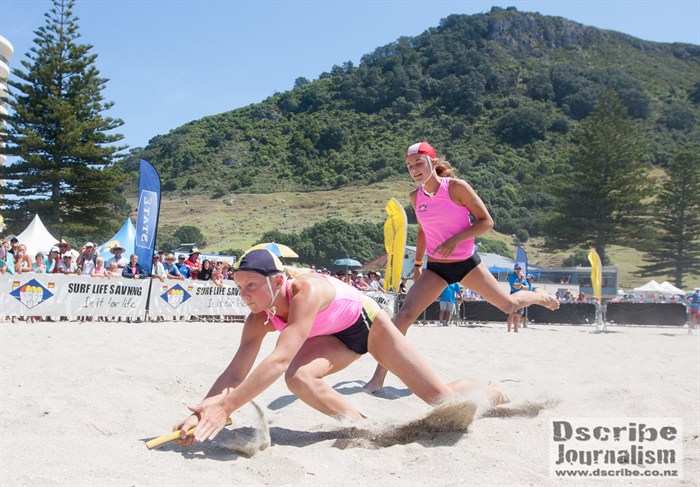