Some of the best surf boat crews on the planet will be in Waihi Beach this weekend for the fourth and final round of the New Zealand series.

The North Island Championships coincide with the inaugural trans-Tasman test, where New Zealand's top crews - the Piha men and the Mairangi Bay women - will battle their Australian counterparts.

The Austinmer crew from New South Wales will take on Piha in the men's decider, while Western Australia's North Cottesloe - fresh from winning the Ocean Thunder Pro women's series in Australia - will battle Mairangi Bay.

"While a few of us have travelled to New Zealand before, this will be the first time any of us have raced over there," North Cottesloe sweep Alex Davies said. "Watching the waves at Piha on video, we're well aware of the type of surf that can hit the New Zealand coast so as a well-drilled crew, we're looking forward to the challenge."

"We've raced them a couple of times in Australia and they're certainly one of the stand-out crews over there," Carmel Tolhurst said.  "We're as fit as we possibly can be given our training and we're really looking forward to getting out there and rowing our best."

Mairangi Bay's preparations have been hindered slightly by a bruising carnival at the Eastern Regional championships in Whangamata a fortnight ago, where club crews collectively broke three sweep oars and ruptured the bow of their boat.  However, three replacement oars have arrived in time this week and Tolhurst and her crew are eager to test them out.

But those four international crews won't be the only talent-laden boats on display.  The final round of the national series is set to be a thriller, with Titahi Bay warm favourites to win the men's title after a withering last month of racing, while the Red Beach and Omanu women are locked together at the top of their division.

Titahi Bay have beaten Piha at their last three meetings, including last week's third round of the series at the Piha Big Wave Classic.  A young crew, they were stung by being overlooked for the trans-Tasman row-off and have responded in style, holding an eight-point lead over their nearest series rivals, Bugsy O'Halloran's Piha Boomers crew.  Titahi Bay just need to make the final in Waihi to be assured of the series crown.

Red Beach and Omanu are separated by just a point in the women's division, meanwhile, with a thrilling summer of racing producing three different round winners.  Red Beach took out the first round of the series in Wellington and, although Omanu haven't yet tasted victory, their consistency has left them with a great chance of claiming the series title.

Saturday's racing will start at midday, with a Champion of Champions event on Sunday.  The event will also feature under-23 men, under-21 women and both under-19 men and women.

Follow the live results over the weekend at events.surflifesaving.org.nz. 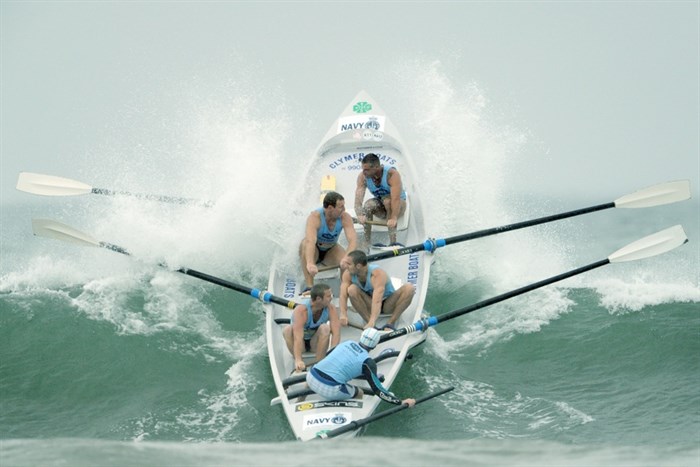