Muriwai Volunteer Lifeguard Service and Tolaga Bay Surf Life Saving Club will each receive a brand new IRB from BP through the Vote for a Boat online competition.

BP offered every club around the country two chances to win a brand new IRB worth over $20,000 and the community was encouraged to vote for their favourite club.

As the club with the highest number of community votes as of midnight on March 31, Muriwai automatically won the first boat. The remaining 72 clubs were put into a random draw for an equal chance to win. Tolaga Bay was announced live on the TVNZ Breakfast show this morning as the winner of the second boat.

Muriwai volunteer lifeguard and IRB instructor Chris Butt say the new IRB will allow the club to turn over some of its older gear. "We use IRBs for over 60 percent of our rescues so it's a vital tool for us to use on the beach," he says.

Tolaga Bay Surf Life Saving Club Captain Kerehama Blackman says it's not just the club that's excited but the entire town. "That shows you how much the club means to the community. Everyone is stoked and the kids are wrapped they will have a new IRB to train on," he says.

Everyone who voted in the competition also went into the draw to win a $1000 gift card from BP. This was awarded to Ben Morgan who voted for Waimarama Surf Life Saving Club.

Surf Life Saving's familiar orange IRBs are an essential part of lifeguard's rescue equipment, allowing them to pull hundreds of troubled swimmers from the water every year.

Surf Life Saving New Zealand CEO Paul Dalton says IRBs can often be the difference between life and death. "These boats really are an essential part of our lifesaving armoury. Once someone's in trouble in the water, we know we only have about three minutes to get to them. Our IRBs get our lifeguards out beyond the waves and to their rescue incredibly quickly," he says.

"BP has been supporting us for 46 years, allowing us to acquire around 250 boats that patrol our coastline. Thanks to their support, we now have the most advanced rescue fleet in the world."

BP NZ Managing Director Matt Elliot says "As a small island nation, many Kiwis grow up at the beach and in the water, but the ocean is unpredictable and can be treacherous. At BP, we know how important it is to have an organisation like Surf Life Saving New Zealand patrolling the beaches and we're very proud of our partnership with them. It feels good to know that we're part of something that helps keep so many New Zealanders safe."

Every summer, around 3,000 volunteer lifeguards across 73 clubs nationwide give over 200,000 hours of their time patrolling our beaches and helping to keep New Zealand beach-goers safe. So far this season, lifeguards across the country have already saved over 1,500 lives. 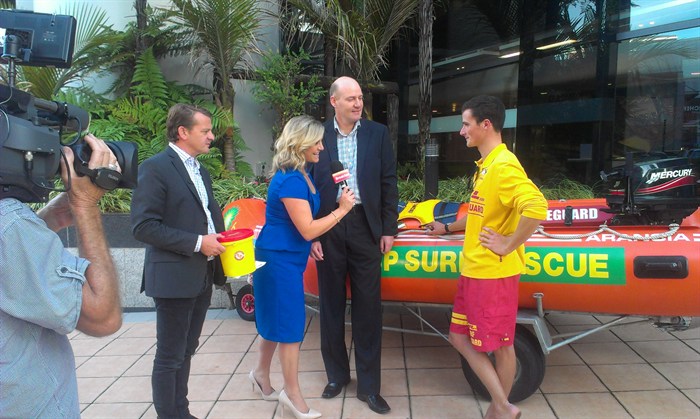