Decent surf is forecast for the opening round of the new Bay of Plenty Spring Series at Omanu Beach on Sunday.

A low pressure system to the north-east of New Zealand is sending 1.5m swells towards the Bay of Plenty coast, providing surf lifeguards with the ideal conditions to test their skills with the patrol season just three weeks away.

The Spring Series follows on from the highly successful Winter Series, held in Mount Maunganui with a range of long-distance endurance events.

"We were delighted with the number of athletes from all over the North Island who attended the Winter Series and the quality of the racing," event director Scott Bicknell said. "With waves on this weekend and the water warming up, we're confident the opening round of the Spring Series will be just as successful."

Bicknell, Surf Life Saving New Zealand's club development officer for Bay of Plenty, explained that racing will be over medium distances, more in line with those that athletes will face during the summer season.

"They've come off a winter building up their endurance base and now it's time to sharpen the speed up a bit, in preparation for a big summer of racing."

Sunday's event will also give several local athletes valuable competition before they race at the Rescue 2012 world championships in early November.

Papamoa's Ben Johnston and Natalie Peat, Omanu's Dannielle O'Connor and Mount Maunganui's Sam Shergold are all competing for the New Zealand under-20 team at Rescue 2012, while Omanu's Australian-based ironman Max Beattie is in the New Zealand open team.

Shergold has been in excellent form, winning the open men's ski title during the Winter Series, while Peat, Johnston and O'Connor are building up for next week's State NZ Pool Champs in Wellington.

The three rounds of the Spring Series will be spread between Omanu Beach, Mount Maunganui's Main Beach and Tay Street Beach, with beach sprint and flags events added to the ski and board races.

Each round will also feature a Spring Cup Club Relay, testing the depth and strength of each club athlete development programmes.

Registration for Sunday's first round is at 8.15am, with racing starting at 9am. If conditions aren't favourable, racing will be held in Pilot Bay. 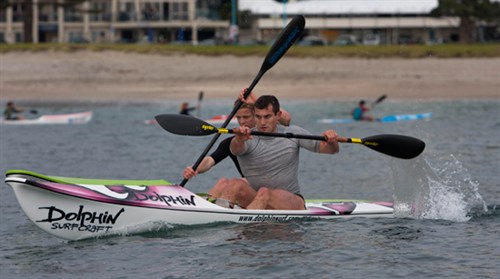