New Zealand has got off to a record-breaking start at the Rescue 2012 world lifesaving championships in Adelaide today.
Wellington swimmer Sam Lee set a world record and team captain Andy McMillan (St Clair) broke two national records in the heats of the pool competition, as New Zealand looked to get an early jump on hosts and defending champions Australia. 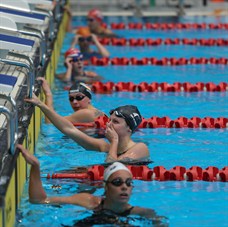 Lee's world record came in the 100m rescue medley, with her 1min 11.94sec time erasing the mark she previously set in Germany last year.  McMillan, the 27-year-old Olympic swimmer, set national records in the 200m obstacles and 100m manikin tow heats, qualifying for finals in both events.
His 200m obstacles time of 1min 55.91secs beat his previous national record of 1.56.06 and is the fastest-ever time in the Commonwealth.  It is also less than a second off Italian Federico Pinotti's 2009 world record of 1.54.97.
"That 200m time was a bit of a surprise because at the last worlds, I was the only one to go under 2mins in the heats but there were a few of us out there today," McMillan said.  "The pool is beautiful to swim in and we all felt really good. It was also good to send a message in the heats that we're here to play and I still think we've got a bit more to give as well."
McMillan also took more than 1.5secs off Glenn Anderson's 100m manikin tow time, set at the last world championships in Egypt two years ago, in qualifying fourth for the final, although he is confident he can pick up more time in the final.
"A couple of things didn't quite go to plan - the tube popped off my shoulder and I missed the clip on the first try but luckily I came home pretty strong."
The New Zealand women's 4 x 50m obstacle relay team - Natasha Hind, Lee, Devon Halligan and Laura Quilter - capped a solid session by leading qualifiers in the heats, while the men's team were second-fastest. Hind and Lee also made the final of the 200m obstacles, while Hind also made the finals of the 100m rescue medley.
New Zealand hasn't won the world championship since they last hosted it in Auckland in 1998, with Australia dominating every title since.
The hosts also got off to a fast start this time too, with ironman champion Shannon Eckstein leading his team to a convincing win in the Simulated Emergency Response Competition (SERC) late last night, taking the victory over Norway and Canada.
It was the third world championship victory win in a row for the Australians in a competition which requires the rescuers to assess and then rescue patients in drowning situations, spread across the eight lane 50m pool - including two submerged manikins
Eckstein was delighted, although he is wary of New Zealand's threat with two days of pool competition, before they hit the ocean and the beach on the weekend.
"It's not going to be easy, we know the Kiwis and the European nations are going to be tough but we're ready for the challenge," said Eckstein. 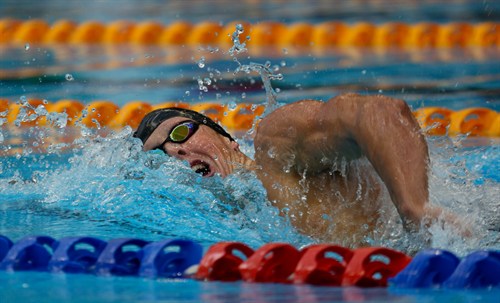 Phoebe Havill makes waves in the world of ...