New Zealand team captain Andy McMillan believes he's got the perfect balance of experience and enthusiasm in his team for this week's Lifesaving World Championships in Adelaide.

The 12-strong national team features four Olympians and seven athletes who've raced at previous worlds, including Steve Ferguson and Nikki Cox who will line up at their fourth. New Zealand will be trying to end Australia's 14-year world championship dominance and McMillan believes the time has come.

"We've got a big belief in this team and that's the most important thing to have at this level," the 27-year-old Gold Coast-based swimmer said. "The Aussies will never be a pushover but we're pretty focused on what we can do, rather than worry about them, and we've got all that experience.  We've got a few rookies but they'll be able to lean on the others who've been there before."

Ferguson (Piha), Hind, McMillan (St Clair) and Titahi Bay's Steven Kent all competed at the London Olympics, while Ferguson also competed at the 2000, 2004 and 2008 Olympics in both swimming and kayaking. The 32-year-old hasn't been involved in a surf lifesaving worlds since 2006 and admits he's got the enthusiasm of a rookie again.

"I've missed two worlds and a lot has happened - there are a lot of new athletes and new competitors," Ferguson said. "I still know I'm able to race hard and do what I do and hopefully I can bring something exciting to the team that they haven't had for a few years."

New Zealand's last outing at Rescue 2010 in Egypt saw them come agonisingly close, with Australia pulling clear on the last day to win by 24 points. New Zealand led after the first two days in the pool but the Australian beach strength - led by ironman Shannon Eckstein and his Northcliffe teammate Kristyl Smith - helped them snatch the title.

While McMillan, Hind, Sam Lee and Kent will shoulder a heavy workload in the pool, New Zealand have bolstered their beach squad.  Sprinters Paul Cracroft-Wilson and Chanel Hickman will be key figures, with Fitzroy's Cracroft-Wilson back to defend the beach flags title he won in Egypt.

The last Kiwi success at the world championships was on home sand in 1998.

Rescue 2012 will begin in Adelaide on Wednesday November 7 with the five-day national teams competition, followed by the world interclub championships until November 18. A New Zealand under-20 team will also compete at the titles, while several Kiwi clubs are sending squads to the interclub and IRB component. 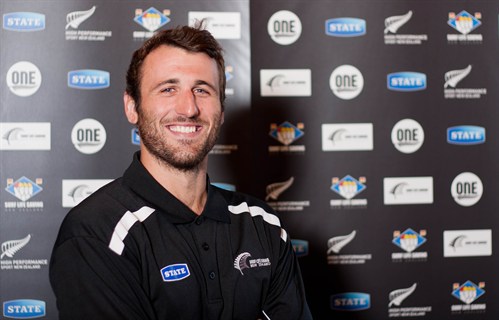