More importantly, it meant Hind was top-qualifier for tonight's final, as New Zealand build on their first-day successes.
The Kiwi team started the second day in the pool on 194 points, second behind Italy, but 50 points in front of fourth-placed Australia.  With two days of ocean competition left, New Zealand will need a large buffer to be able to hold off the hosts, who have strength all over the sand.
Hind was also top qualifier in the 50m manikin carry, with teammate Laura Quilter second-fastest for the A-final.
Though New Zealand's Chanel Hickman and Devon Halligan failed to qualify for the line throw finals, that blow was softened when Australia too missed out.  Paul Cracroft-Wilson and Steve Ferguson qualified for the B-final in the men's line throw.
New Zealand's cause was also helped by some dry-land expertise, with New Zealand manager Mark Weatherall successfully protesting Andy McMillan's disqualification in the 50m manikin carry. It allowed the team captain to take his place in the A-final tonight, while Steve Kent will compete in the B-final.
Kent also snuck into the A-final in the 200m super lifesaver, while McMillan will line up in the B-final.
The team will be hoping for a repeat of last night's finals, where Samantha Lee picked up three gold medals and two world records, including the 4 x 50m obstacle relay with Hind, Halligan and Quilter.
Coach Scott Bartlett was warning his charges not to get ahead of themselves.
"We had a really good day in the pool yesterday but we need to back that up again tonight," Bartlett said. "We'll need a big lead over Australia going onto the beach if we're going to give the world title a decent nudge." 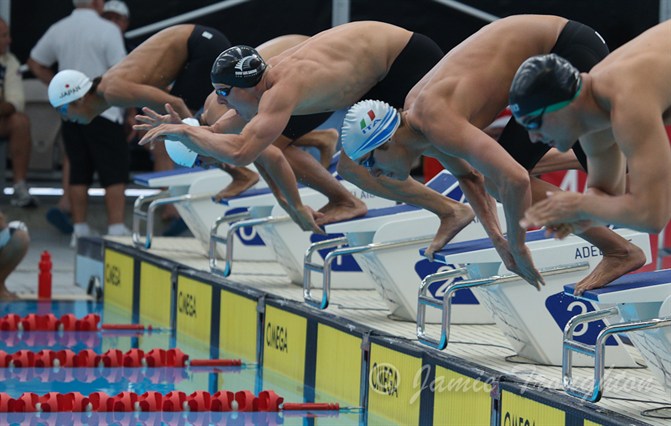