Natasha Hind tore apart the record books as her New Zealand team continued their rampage at the Rescue 2012 world lifesaving championships in Adelaide today.
After two days in the pool, New Zealand head to Glenelg Beach in second place overall, 63 points behind Italy on the points table but with a vital 81-point lead over fourth-placed Australia.
The Kiwis continued to draw away from their trans-Tasman rivals, with Olympian Hind a key figure in their performance today.
The 23-year-old won two gold medals, erasing 2secs off the world record in the 200m super lifesaver and shattering the New Zealand record by almost 10secs.  Her 2min 24.55sec time was good enough to beat Australian Miranda Bell's 2.26.59, with Bell having set the world record last year.
"After the Olympics and when I was setting some goals for here, I did have that 200m super lifesaver record in the back of my mind," Hind said.  "I knew it was achievable so I set about doing everything I could to get over here in the best possible shape."
She also claimed gold in the 50m manikin carry, breaking the national record in the process, recording 36.31secs.  Crucially, in both wins, New Zealand's second swimmers were close behind; Laura Quilter picked up bronze in the 50m carry and Sam Lee, after three golds on the first day, was fourth in the 200m super lifesaver.
Hind has been hunting a performance like this since the London Olympics.
"After the Olympics, I went traveling and came back with two months to get in shape.  Those were probably the hardest two months of training I've ever done but I had breakfast with my parents a couple of days ago and was in a really good frame of mind.  I said to Dad that I couldn't have done any more. I was picked for the pool and I'm just really happy I could deliver for the team."
New Zealand team captain Andy McMillan and fellow Olympic relay swimmer Steve Kent had another grueling day, shouldering the majority of the load for the Kiwi men.
Kent was a brave fourth in the 200m super lifesaver and won the B-final of the 100m manikin carry, while McMillan won the B-final of the 200m super lifesaver and was eighth in the A-final of the 50m manikin carry. The pair linked with Max Beattie and Steve Ferguson to finish fifth in the 4x50m medley relay.
The pressure will now come on the New Zealand beach specialists, with Australia's ranks including world ironman champions Shannon Eckstein and Kristyl Smith.  Australia have trailed New Zealand at the last two world championships out of the pool, only to turn it around on the beach and romp home.
"Every point is going to count, that's for sure," said Australian coach Danny Short. "But it's not over till it's over. We knew we would be chasing the Kiwis after the pool events. They came here with a talented Olympic class team but I'm proud of the way our guys fought."
The New Zealand under-20 team trails their Australian rivals after the pool component, meanwhile, despite brilliant performances from Papamoa's Natalie Peat and Midway's Chris Dawson.
Peat won the 200m super lifesaver in a slick time of 2.30.73, heading home teammate Carina Doyle (St Clair), with Australian Rachelle King third.
Dawson grabbed gold in the 100m manikin carry, then anchored the 4x50m medley relay team featuring an all-Gisborne lineup with Cory Taylor, Toby Harris and Ben Quilter. 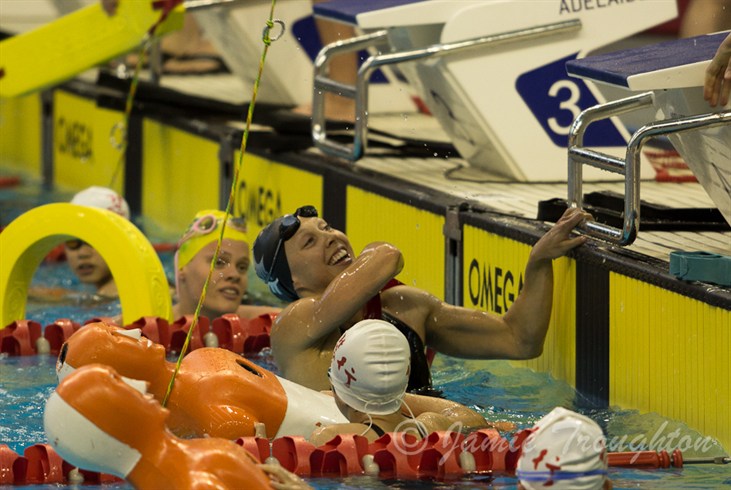