Ferguson back in black once more

Steve Ferguson's kayaking commitments may be up for renewal but his thirst for competing at the highest level remains unquenched.

The four-time Olympian will pull on another black uniform in the coming week, this time for the New Zealand surf lifesaving team at the Rescue 2012 world championships in Adelaide. 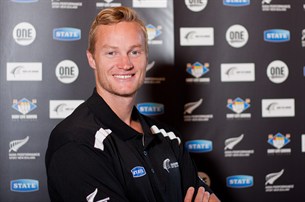 Ferguson has been to the last three Olympics with kayaking and raced in Sydney in 2000 as a swimmer.  He and Darryl Fitzgerald finished seventh in the K2 1000m in London and he's not rushing any retirement talk.

"I'm going to make decisions on where I go with my kayaking after Christmas," the 32-year-old explained. "Because I'm doing surf training at the moment, it means I'm going to have that fitness to get back into kayaking if I want to.  I really enjoy surf - it's one of my big passions and it's a great focus to take away from my kayaking during the offseason."

With his swimming and ski paddling abilities, Ferguson will be in high demand in Adelaide, joining a 12-strong Kiwi team in a range of disciplines, with three days of pool-based competition and two days on Glenelg Beach.

He's a veteran of three previous lifesaving worlds, in 2002, 2004 and 2006, and feels a bit of rookie enthusiasm creeping back in this time.

"I've missed two worlds and a lot has happened - there are a lot of new athletes and new competitors but I still know I'm able to race hard and do what I do and hopefully I can bring something exciting to the team that they haven't had for a few years."

Like his father, five-time Olympian and former national ironman champion Ian, Ferguson began his career in the waves, joining the Red Beach club when he was seven.  He's now coaching at Piha during the summer season and with a year-old son Flynn, he'd like to see the Ferguson name live on in surf lifesaving.

"You're in it for life. I grew up watching Dad compete and I love being on the beach, helping where I can. Now that I've got a little boy, I want him to grow up watching me compete like I watched my Dad. It doesn't matter what he does at the end of the day but I believe it's a great culture and great environment to be around."

Ferguson will be one of four Olympians in the New Zealand team, while Olympic K1 200m champion Lisa Carrington will also compete for Mount Maunganui in the interclub component of the championship.

"They're highly experienced athletes and a lot of them have been around internationally for years," Bartlett said. "They've developed a toughness over a period of time, which is one of the reasons we're excited about this group."

New Zealand's last outing at Rescue 2010 in Egypt saw them come agonisingly close, with Australia pulling clear on the last day to win by 24 points.

New Zealand led after the first two days in the pool but the Australian beach strength - led by ironman Shannon Eckstein and his Northcliffe teammate Kristyl Smith - helped them snatch the title.

While McMillan, Hind, Sam Lee and Kent will shoulder a heavy workload in the pool, New Zealand have bolstered their beach squad.  Sprinters Paul Cracroft-Wilson and Chanel Hickman will be key figures, with Fitzroy's Cracroft-Wilson back to defend the beach flags title he won in Egypt.

The last Kiwi success at the world championships was on home sand in 1998.

Rescue 2012 will begin in Adelaide on November 7 with the five-day national teams competition, followed by the world interclub championships until November 18.

A New Zealand under-20 team will also compete at the titles, while several Kiwi clubs are sending squads to the interclub and IRB component. 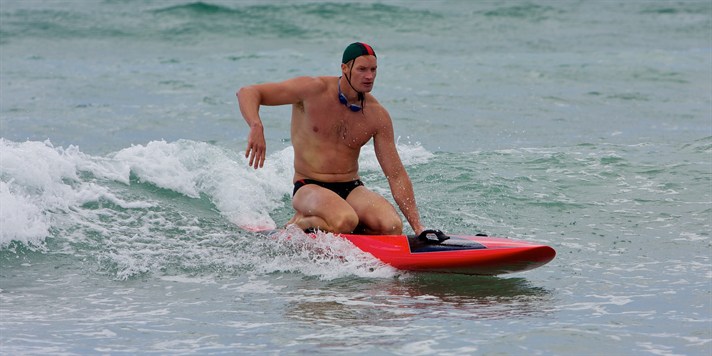