New Zealand's top IRB crews will get a crucial pre-nationals hit-out at the last round of the BP Surf Rescue series in Dunedin this weekend.

Nearly 130 drivers, crews and patients will line up at Warrington Beach on Saturday for the series decider, with strong local contingents from St Clair and St Kilda expected to feature prominently.

With the BP NZ IRB championships to be held at the end of March at Warrington, crews this weekend will get valuable time on the southern swells in preparation.

St Clair sisters Steph and Carla Laughton dominated the women's division at the second round in Whangamata before Christmas, with the third round - scheduled for Oakura in Taranaki in mid-January - abandoned because of dire conditions.

Perennial front-runners East End, world champions Andrew Cronin and James Morwood, won three titles in the premier division plus the open teams race in Whangamata, while Mount Maunganui twins Kirby and Chad Wheeler were the pick of the under-21 division, winning the single rescue, assembly rescue and mass rescue.

The series is a new concept this season, having started in Omaha north of Auckland in mid-November, to give crews more racing leading in to the season-ending nationals. 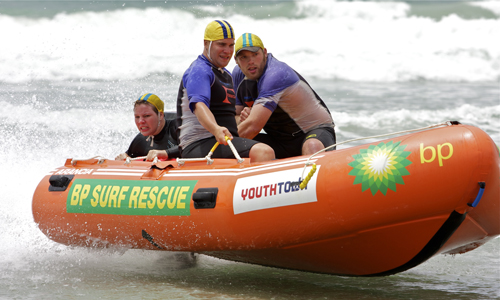