Gisborne schoolboy Cory Taylor will eye a slice of history when the State New Zealand surf lifesaving championships are held on his home beach this week.

The 17-year-old Midway club member will try to become the first male since Westshore's Dan Moodie to win both under-19 and open ironman titles in the same nationals.  He'll also be defending the under-19 crown he won in a thrilling sprint finish with Red Beach's Dylan French last year.

He announced his open credentials in style last month when he won the Sonic Race Series ironman final in Mount Maunganui, though his competition will be impressive this week.

Anderson, who was born and raised in Gisborne, will be seeking to extend his astonishing national championships record.

Since taking out the belt race in 2000 - the last time that event was staged at the nationals - Anderson has won three ironman titles, six run-swim-run crowns, seven surf races, four board rescues and a couple of tube rescues.

He's fast closing in on the great Hutchings, who won 27 individual open titles across his illustrious career.

Other features of the open men's arena include the beach flags and beach sprint.  The latter will see Paul Cracroft-Wilson (Fitzroy) and Morgan Foster (South Brighton) continue their incredible duel.

Cracroft-Wilson has won four national flags titles, the main obstacle to Foster winning his 10th national flags crown since capturing his last in 2006.

But the pair had to bow to youth in the beach sprint last year, with Papamoa's Kodi Harman becoming the youngest athlete to win the open title as a 16-year-old.

Harman is back at 17, seemingly faster than ever, having recently clocked a wind-assisted 10.52sec over 100m on the track, as well as holding the national secondary school 100 and 200m track titles.

Midway will fire another big gun in the women's arena, with Sydney-based star Devon Halligan returning to the shores where her father - former Kiwis rugby league wing Daryl - made his name in rugby.  This will be Halligan Jnr's first trip to the New Zealand nationals, though she has raced and starred in the last two Lion Foundation Surf League carnivals in Mount Maunganui.

The 19-year-old capped a gutsy effort at the Surf League this year by winning all four ironwoman races over the two days, out-sprinting Westshore's Nikki Cox in the two open races.

Cox has twice won the ironwoman crown, in 2008 and 2010, while Mairangi Bay's Madison Boon has two seconds and two thirds in the last five years.

The defending champion is Mount Maunganui's Sunshine Coast-based star Aimee Berridge, who used her victory last year to catapult herself onto the lucrative Kellogg's Nutrigrain professional series this year.

Papamoa 17-year-old Natalie Peat has also made a big impact in her first full year in the open division, capitalising on her outstanding surf swimming ability.

Mairangi Bay's Chanel Hickman has won the last three women's beach flags titles and seems a level above her New Zealand rivals, while she'll also defend her beach sprint title, though Mount Maunganui's Arna Wright has shared success with Hickman in that discipline this season.

Not so evenly matched are the open women's surf boats, where Mairangi Bay has been relentlessly good all season.

More than 1250 athletes will compete over the four days of competition, starting with Masters on Thursday.

Large contingents from defending club champions Mount Maunganui, Orewa, Mairangi Bay, Red Beach and South Brighton will compete against smaller clubs like Otaki, Pauanui and Dunedin's Brighton, with less than 10 athletes between them. 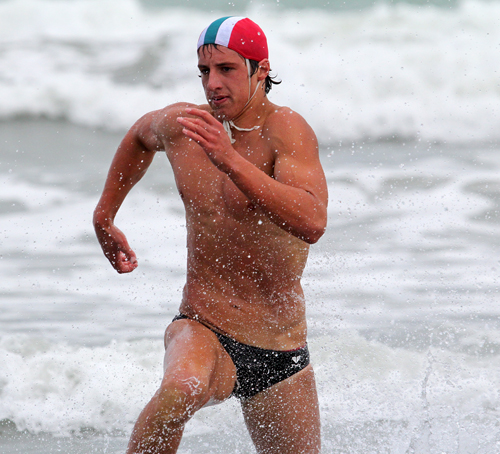