She's just returned from the Gold Coast but New Zealand surf lifesaving squad member Arna Wright is thrilled to be racing in home waters this weekend.

Despite a 10deg difference in water temperature, the Maketu-raised Mount Maunganui club member is just keen to break up long months of training with Sunday's first event in the inaugural Bay of Plenty Winter Series.

Wright is hoping to make the 12-strong New Zealand team for November's world championships in Adelaide and the 24-year-old teacher is having to battle freezing conditions to stay fit.

"There are many days when it's cold and wet and I really don't want to go out but I know for a fact the Gold Coast-based squad members will be training hard and I don't want to be left behind or let them get one up on me," Wright explains. "Besides, training in winter is as much mental as it is physical, which will stand me in good stead if I'm lucky enough to make the team."

Wright joined an enlarged national squad for a week of training on the Gold Coast and she's hoping her versatility in both beach sprinting and board racing will be enough to win her the nod when the team is named later next month.

Sunday's event, meanwhile, is aimed at all levels of athletes, with SLSNZ club development officer Scott Bicknell hoping to break up the monotony of winter.

"At this time of the season, a lot of the training is longer, endurance-length stuff and it can be a pretty hard slog for athletes trying to get through these colder months," Bicknell said.

"Introducing the winter series is a great way for them to measure their progress and also to get some good, hard racing at this time of the year, although we'll be catering for all levels with our events."

Bicknell is confident of attracting athletes from all over the North Island for the series, which will also feature events in August and September, before the spring series kicks off.

The first event will feature either a 9km or 6km ski option, board races and beach running events, from under-16 level right up to masters.

All points from the three rounds will be counted and prizes awarded to each respective age group, both male and female. Spot prizes will be awarded at the end of each round.

Racing starts at 9.30am on Sunday at Mount Maunganui's Main Beach, with Pilot Bay an option in inclement weather. 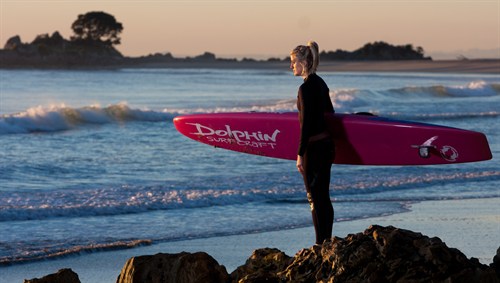