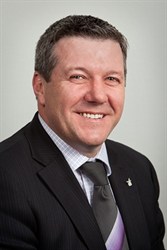 Surf Sport in New Zealand will suffer a loss when National Event Referee Zayne Boon makes a move to Bangkok to pursue his career in hotel management.

Zayne has been a senior Surf Official at national events for the past six seasons and has also delivered surf official education around the country.   Involvement in Surf Sport has been a family affair for the Boon's with Zayne's wife Mardi also officiating at many national and regional events and daughter Maddie being in the current New Zealand World Championships Squad.

Zayne has been Event Referee at the National Championships for the last two years and has been a key member of the Surf Officials Leadership Group. He is a current member of Mairangi Bay and was also recently named the 2012 Surf Life Saving Northern Region Official of the Year.

Zayne has mixed emotions about the move, and will miss being part of Surf Life Saving.

"It's a great opportunity but I will really miss Surf Life Saving. I'm not sure about surf opportunities near Bangkok!"

"It's exciting for Zayne but a real loss for Surf Sport in New Zealand. We'll miss his contribution to Surf Sport and his positive leadership at our events".

Surf Life Saving New Zealand wishes Zayne and his wife Mardi all the best for their move overseas and hopes to see them back on New Zealand beaches in the future.

Zayne's last surf officiating duties here in New Zealand will be at the Eastern Region Pool Championships in Hamilton, 28, 29 July.