The 17-year-old Gisborne schoolboy outsprinted Red Beach's AJ Maney to win a gripping final, after Maney dominated much of the race.

It was an eery reversal of the series opener in Whangamata in early December, when Taylor challenged Maney but fell off the back of a wave coming in on his ski.  The Midway teenager wasn't going to make the same mistake again.

"It's always good to come out on top in the end - you've got to learn from little mistakes from that and build on them quickly," Taylor said.  "It's turned out to be a good day - AJ took off on that board leg really hard and we had to work really hard in the swim to reel him in. I was banking on pulling him back on the ski and to have something left for a sprint finish."

Maney started as warm favorite after dominating the five-round series, which took in regional championships around New Zealand. His fast start in the board leg threatened to blow the field away - however, Taylor and veteran Glenn Anderson (New Plymouth Old Boys) battled hard in the swim leg and pulled a last-gasp wave to half the gap.

When Taylor, a New Zealand junior kayaking representative, drew level with Maney on the ski leg, the finish was perfectly set up.

The ironwoman race was more clear-cut, with series leader Madison Boon (Mairangi Bay) easing to the lead on the swim leg and pulling clear on the ski.  She had to reel in a fast start by clubmate Danielle McKenzie, a top national age-group triathlete, and hold off a huge swim by 16-year-old Mount Maunganui Jess Miller.

It was another Mount teenager, Katie Wilson, who came through on the ski leg to snatch third behind McKenzie.
Boon believes she's in great shape heading into next month's national championships in Gisborne, though she's aware the competition there will be extremely fierce. 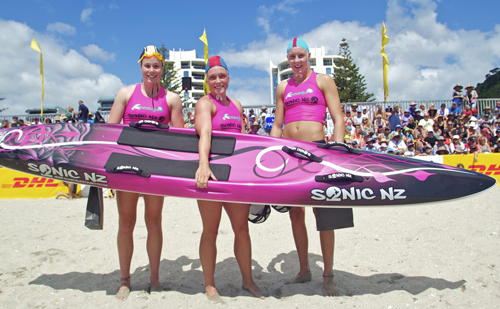 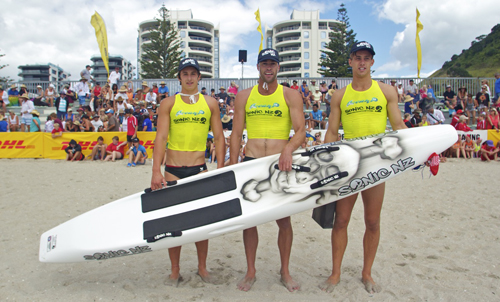