Top New Zealand surf lifesaver Aimee Berridge has been given a chance to race on the sport's biggest stage, selected for the last two rounds of the Kellogg's Nutrigrain ironman series in Australia.

The 21-year-old was due to compete for Bay of Plenty in this weekend's Lion Foundation NZ Surf League in Mount Maunganui but instead flew out today for Queensland.

When Berridge lines up for Sunday's fifth round of the KNG series at Coolum, the reigning New Zealand ironwoman champion will become the first Kiwi female to compete in the lucrative series since Muriwai's Lucy Pengelly in 2006.

"I just want to grab the opportunity with both hands and make the most of it," Berridge said, shortly before flying out.  "I'm not really that nervous - I'm pretty pumped because I've had a few races this year against the Kellogg's girls and done pretty well against them. I'm not worried about whether I'll keep up, it's more just keeping the pressure off myself."

Berridge is based in Mooloolaba, though she grew up in Tauranga and competes for the local Mount club.  Fellow Mooloolaba athlete Danielle Allen injured an ankle in the last KNG round in Perth last week, ruling her out for the rest of the series, and the Kiwi was next in line after finishing 12th in qualifying in August.

It ended a frustrating couple of months for Berridge, who could've raced the entire series after Alicia Marriot and Gemma Newbiggin retired just before the first round.

Tallebudgera star Tenille Devine edged out Berridge for 11th at the Noosa Heads qualifying round, which ended up being enough to make the cut.

"We were running up the beach in the trial and Tenille was probably a metre or two in front of me.  I was just jogging, thinking there wasn't much point in trying to pass her because we'd missed the cut.  When she got the call-up, I was pretty shattered because I could've given myself a better opportunity."

Fellow Kiwi Chris Moors also finished 12th in qualifying and still has an outside chance of competing in the final round at Noosa, after another Mooloolaba athlete Kendrick Louis injured a shoulder in Perth.  Moors will compete for Auckland at the Surf League, though may need a couple more injuries to his Australian rivals before he gets the call.

Meanwhile, Bay of Plenty coach Kurt Wilson will decide how to replace Berridge in his open team later this week, with Papamoa teenager Natalie Peat likely to take on a greater ironwoman role.

The Surf League has been expanded this season into a four-day carnival, with eight provinces competing in under-14 and under-16 competition on Thursday and Friday, and the under-19 and open arenas this weekend.

A New South Wales under-21 team will also compete on Saturday and Sunday. 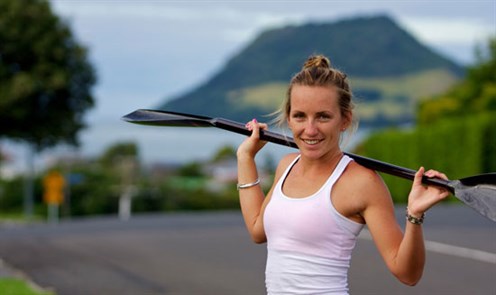