Waimarama's crack crew of Mike Harman and Ben Cross capped a golden haul at the North Island IRB championships in Ohope today, though they had to watch their hopes of overall supremacy disappear into the sunset. Sunset Beach, to be specific.

While Harman and Cross dominated the premier division at the carnival, which doubled as the second round of the BP Surf Rescue national series, the small Sunset club jubilantly took home their first-ever overall club title after collecting 62 points over the weekend.

Based at the mouth of the Waikato River, Sunset fielded three under-21 crews and three women's crews, managing to hold off the hard-charging Hawke's Bay contingent from Waimarama.  Significantly, none of the Sunset lifeguards are older than 20, with under-21 driver Shane Edwards picking a golden period looming for the club.

"It's the first time we've ever been close to being first - usually we only have a few teams and get a couple of points but this year we managed to win it," Edwards said. "We can already see it getting bigger in the club and hopefully we'll keep getting more teams joining in."

Edwards and Sam Dwen picked up silver in the under-21 assembly rescue today, while Mal McGuire and Alana Ibbs were third in the women's single rescue.

The overall crown would've been sweet reward for Harman and Cross, meanwhile, but nothing could take away the lustre of their five golds, with victory in today's premier assembly and single rescue finals underlining their dominance.

Without perennial favorites Andy Cronin and James Moorwood (East End) at the championship, Harman and Cross picked up from their form at the Rescue 2012 world championships and were near unbeatable in Ohope's waves.

"They say it takes a while to get used to it and this is our third season in prems," Harman admitted.  "We've had some ups and downs but things are starting to feel pretty comfortable now. It's a shame we didn't have Andy and James here from East End but hopefully they show up at nationals and give us some good racing - you always want to compare yourself against the best."

Waimarama's second-placing in the overall standings was even more impressive considering they had just two premier crews and an under-21 crew, yet still finished just two points behind Sunset. Their second premier crew of Tim Cox and Jason Harman finished second in Saturday's mass rescue and picked up two fourth-placings on the final day, while the under-21 crew grabbed the mass rescue title.

St Clair sisters Carla and Steph Laughton led the South Island charge, nearly collecting a clean sweep themselves, only to be thwarted in the single rescue final by United North Piha's Katherine Reardon and and Grace Joseph.  The Laughtons still finished with three golds and a silver, however, while St Clair were a clear third in the overall standings on 51 points.

"The girls are disappointed they didn't get the four golds, which was their aim, but it's probably pretty good for them to keep that edge to their racing," St Clair IRB manager Antony Mason said.  "It's also good to see the standard of the women's racing noticeably lift throughout the weekend, while we didn't have too many expectations with the overall standings so we're pretty happy with third."

Reardon and Joseph have only been racing together for a year but managed to get off to a flyer in the single final against the world champion Laughtons, to add to their silver in the mass rescue they captured on the first day.

"We're the first girls team at the club in years and it's pretty exciting," Reardon said. "We were pretty gutted with the assembly rescue because that's normally our best event and we didn't even make the final so it was nice to come out and nail the single."

Other impressive performers over the weekend included Papamoa identical twins Kirby and Chad Wheeler, who found their rhythm on the second day, winning both the under-21 assembly and single rescue finals after picking up a silver and a bronze on the first day.  Muriwai's Lincoln Baltus and Thomas Clarke also picked up medals in three of the four under-21 finals.

The next round of the BP series is in Taranaki next month, coinciding with the Central Region surf lifesaving championships at Oakara Beach. 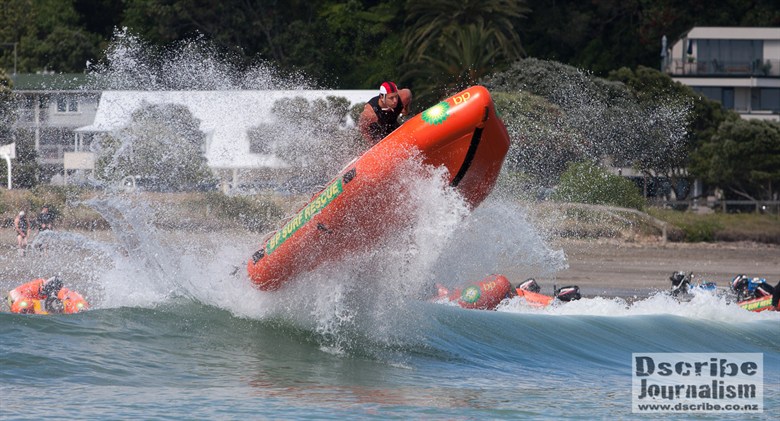 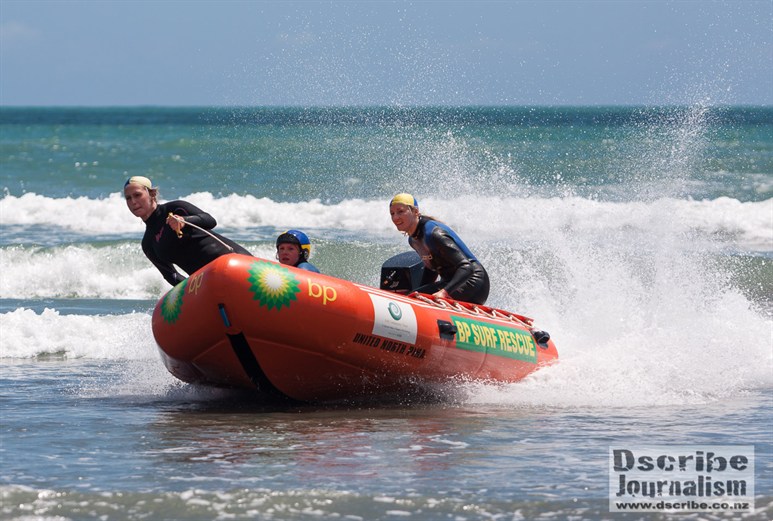