New Zealand surf lifesaving star Devon Halligan is aiming to farewell her teens in style when she makes her debut in the prestigious Kellogg's Nutri-Grain Ironman series in Perth this weekend.

Halligan will turn 20 on Monday and regardless of her performance in Perth the day before, she'll be able to reflect back on a breakthrough last 12 months.  Fresh from winning the world championships with her Kiwi team, she's also the reigning New Zealand ironwoman champion and finished second in the same event at the Australian titles earlier in the year.

The daughter of former Kiwis league player Daryl Halligan is hoping to use her world championship success to boost her performance on the A$400,000 ($500,000) series.

"Last season, I was knocking on the door with the top girls and this season I reckon I can match it with them," Halligan said. "I came out of worlds on an absolute high last month and I don't know if that feeling in Adelaide can be topped, because it was so incredible to be part of that team environment. But that team spirit lifted me and made me that little bit more excited about being on the series and hopefully I'll be able to get near that feeling again with some good results."

Halligan, raised in Sydney by her Kiwi parents, is now based on the Gold Coast studying engineering at Griffith University and training with the local Kurrawa club. She qualified for the series back in April, when she finished second to Rebecca Creedy at the Australian titles, which meant she could skip the tough qualifying series in September and concentrate on her worlds campaign.

She also got a boost when fellow Kiwi Chris Moors qualified for the series in September.  That's given Halligan the ideal training partner at Kurrawa, while Moors has been in the ideal position to see her progress.

"She's pretty powerful and she'll be a standout on the ski and also in the swimming legs," Moors said. "She'll be right up there. It would be a big call to say she'll win some rounds but she'll get better as the rounds progress and I wouldn't be surprised if there were some podium finishes, which would be pretty cool in a rookie year."

Halligan is the first New Zealand female to qualify for the series since Lucy Pengelly in 2007, although Aimee Berridge was called into the series for the final two rounds last season.

With reigning champion Liz Pluimers and her illustrious Northcliffe clubmate Kristyl Smith both absent this year, a flurry of new female talent has emerged, including Halligan, Alyssa Bull and Jordan Mercer, who was fourth in her series debut last season.

Moors, meanwhile, is excited about joining the likes of four-time world ironman champion Shannon Eckstein and Olympic swimmer Ky Hurst on the series.  The 28-year-old, who grew up in Red Beach on Auckland's North Shore, has been living and training on the Gold Coast since 2010 and his perseverance has finally paid off.

"I'm well aware it's going to be another massive step up but I'm looking forward to it," Moors, the 2011 New Zealand ironman champion, said. "It's a pretty cool feeling having all your accommodation and flights paid for, flying all over Australia racing the very best ironmen in the world. It's all a bit of a dream."

Sunday's format at Perth's Scarborough Beach will consist of individual ski, swim and board races followed by an ironman, with points accumulated to decide the round winner.

Further rounds will be held in New South Wales and Victoria next month, before the final three rounds in Queensland in February. 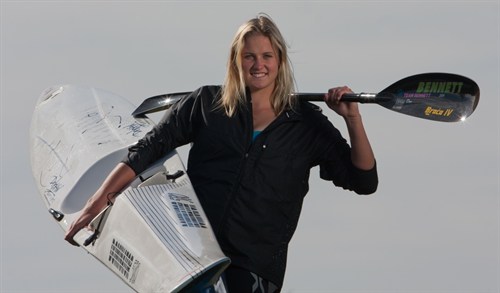 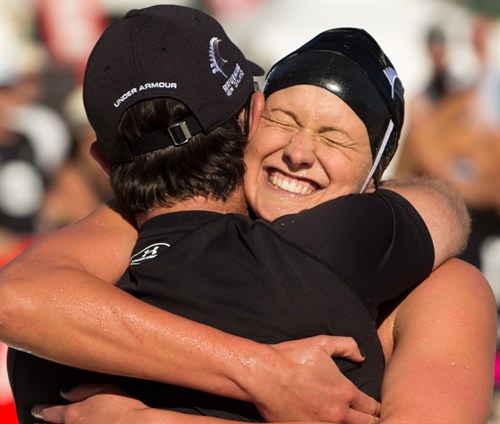