New Zealand surf lifesavers picked up three more golds as the Australian championships drew to a close on the Gold Coast today, while the minor medals also came thick and fast.

And in one of the event's last races, the Papamoa under-17 ski relay team - Jackson Edwards, Seth Merrett and Michael Bryant - capped a marvelous campaign for the Bay of Plenty club by heading home teams from Burnie Burnie and Noosa Heads.

Another Papamoa athlete, Natalie Peat, picked up silver in the under-17 ski race while her clubmates Mason Pickering and Danny Kayes were fifth and sixth in their first-ever attempt at the under-17 belt race.

Just two weeks after winning the New Zealand open and under-19 ironwoman titles, Halligan - the daughter of former Kiwis rugby league star Daryl - backed up superbly by winning the Australian under-19 title and finishing second to Met Caloundra's Rebecca Creedy in the open ironwoman. 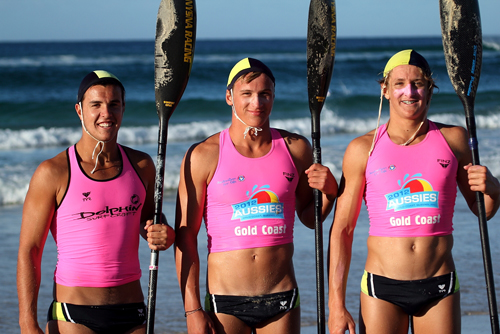