A buzz is building as Surf Life Savin 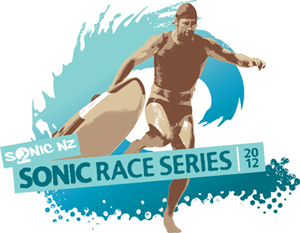 The first round of the Sonic Surf Race series will be held in Whangamata, doubling as the first national trial of the season and involving competitors across beach, water and surf boat disciplines.

New Zealand captain Glenn Anderson, a veteran of five world championships and now a coach and competitor with New Plymouth Old Boys, believes the series will have a profound effect on the squad selected for next year's world titles in Adelaide.

"The Sonic Series is such a huge step forward for Surf Life Saving New Zealand and I can sense the buzz throughout the surf lifesaving community and especially within my own squad," Anderson said. "Sonic and SLSNZ have now provided a stage for the young ones coming through to show what they can do and give the older guys like myself a chance to get out in the ocean a bit more. If anyone has any ambitions of making the under-20 or open New Zealand teams for next years world champs, this is where they need to be racing to stake their claim in front of the selectors."

Taranaki will host the second round of the series, incorporating the Central regional championships at Oakura on January 15, followed by the Eastern Regionals - formerly the NRCs - at Mount Maunganui on January 28 and 29 and the Northern and Southern championships on February 18 and 19.

Athletes will need to compete at three of the five rounds, with the top-10 ironmen and women qualifying for the decider during lunch time on the third day of the Oceans 12 championships at Mount Maunganui on February 25.

The 17-year-old flyer won the Australian under-17 beach flags title earlier this year but knows he needs to step that dominance up into the senior division to have a show at making the worlds team.

"I'm still on cloud nine after doing the double at the track champs last weekend but tomorrow will be a different story back on the beach," Harman said. "I'll just be doing open this year and won't be racing under-19 much at all because the selectors want to see me against the likes of Morgan Foster and Paul Cracroft-Wilson.  That's fair enough but I'll definitely have to up my game if I'm going to make the worlds squad."

The national champion surf boat crews - Piha in the men's division and Mairangi Bay in the women's - will also be racing with SLSNZ hopeful of giving more top-end competition to a wide range of athletes.

"After the success of the centenary season, it's important to keep moving in the right direction and add an edge and something new to the surf sports calendar," SLSNZ sport development manager Brad Edwards said. "Athletes have been asking for this sort of thing and we've managed to introduce it in a way that will boost the existing events in the process which has also been identified as a strong priority for the sport."

With the Rescue 2012 world championships less than a year away the introduction of more top level racing couldn't be more timely.

Edwards is confident the series will have double benefits - as well as providing more high quality racing and the added incentive of series titles and prizes for athletes, the events themselves will get a boost with elite-level racing.

"In the past, the NRCs (now the Eastern Regionals) have been right up there with the nationals, for our top athletes.  Ultimately we'd love to lift the standard and profile of the Central, Northern and Southern championships to get them up to the same level."

Action will get underway on the beach at 9.30am on Saturday. 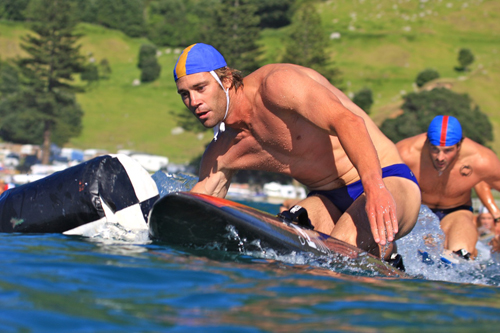