The competition is a gathering of the world's top lifesavers and originally started in 1939 as the Trans-Tasman Series between Australia and New Zealand. In 1999 South Africa joined the event and the Tri-Nations Challenge was formed.  Since 2005 the event has grown and this year the participating countries are Australia, Canada, Hong Kong, Korea, New Zealand, USA and Japan.  The 2013 ISRC is being hosted by the Japan Lifesaving Association at Onjuku Beach in Chiba from September 19-23.  Events include Ironman, surf race, surf ski, board relay, beach flags, beach sprints, tube rescue, beach relay and taplin relay.  Surf Life Saving New Zealand is sending two teams- the New Zealand Team and the Under 20s, each comprising of six male and six female athletes. They depart for Japan next Monday, September 16.

Onjuku beach is located on the east coast of Chiba Prefecture, east coast of Boso Peninsula.
In 1609, when a Spanish galleon, San Francisco ran aground Onjuku on a stormy day, it is told villagers all together went to rescue the crew, warmed them on bare skin, and generously cared them with clothes and food. For this action, 317 out of 373 crews saved their lives.
Onjuku beach hosts lifesaving national competitions almost every year, and lifesaving is locally well known. 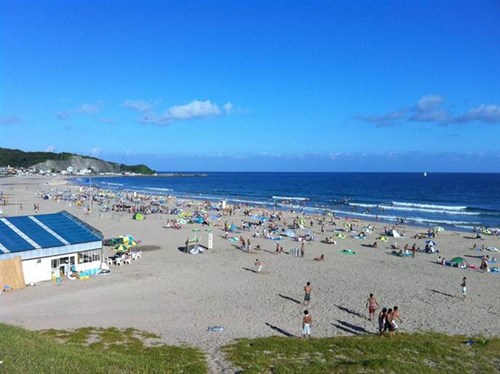